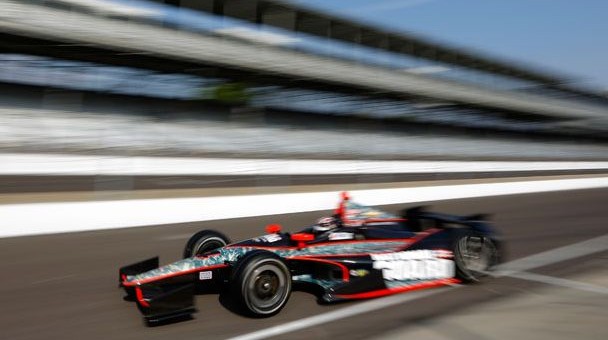 As the IZOD IndyCar Series heads to Sao Paulo, Brazil, more off-track drama unfolds. And, like the Long Beach engine-swap penalization, Chevrolet is at the heart of it. Except this matter is of a completely different makeup, as the motorsports program has filed a protest against IndyCar because they believe Honda Performance Development attempted to use a different A/R ratio turbocharger housing that falls outside of the rulebook.

To bring you up to speed, an A/R (Area/Radius) ratio is a measurement of airflow through a turbocharger’s exhaust housing. And without getting too technical, a smaller A/R value (such as .74) provides a faster response from the turbocharger, but reduces the power potential on high RPM. On the flip side, a higher A/R (such as 1.45) takes longer to spool up (turbo lag) but has the ability to provide more power where a small A/R value cannot. Now that you’ve got the skinny of it, onto what’s got Chevy spooling up hot air:

The permitted IndyCar A/R sizes for the Borg Warner EFR9180 single turbocharger setup is 1.04 to 1.45, falling into what Honda had originally installed in its engines. However, due to… something… Honda swapped out the old housing for a different Borg Warner-supplied turbo housing with an A/R of .74, which from what we can gather is a size not mentioned in the published IndyCar rules. However, it falls in line with the twin-turbo A/R regulation of .64 to .85. But the Honda engines don’t use twin turbos.

IndyCar engine rules do state that changing between the two permitted turbocharger A/R specifications “may only take place between events,” which is what Honda attempted to do. And the rules also state that “should turbochargers fail to meet the durability targets set by Borg Warner, the manufacturer will take steps to remedy the situation.”

Regardless of whether or not you’re on board with Honda or not, Chevrolet has filed a protest, and IndyCar has agreed to host a hearing Thursday, April 26 in Indianapolis, which is tomorrow (or today, depending on when you read this). At which time, Chevrolet can formally complain in front of a three-person panel consisting of an individual selected by Honda, and individual selected by Chevy, and an individual selected by both Honda and Chevy. IndyCar will also allow Honda to tell their side of the story, which will probably explain why they elected to use the unregulated turbo housing.

The protest sort of seems moot, considering Chevrolet cars have won every race so far. Though when the racing program opted to replace all of their twin-turbocharged V6 engines prior to last weekend’s race at Long Beach, IndyCar was quick to penalize every single car and driver with a bowtie engine as a result. Chevy won the race regardless.