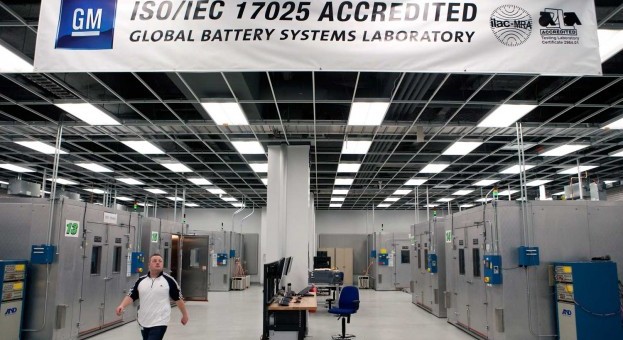 A lithium ion battery explosion at the Alternative Energy Center at GM’s Warren Tech Center has caused five people to be evacuated Wednesday morning by medical emergency personnel, with one person transported to the hospital and four others retained for further evaluation. General Motors tests current and future battery technologies at the tech center.

“We are aware of an incident this morning about 8:45 a.m. in one of the laboratories at the Alternative Energy Center at the General Motors Technical Center in Warren, Mich.,” GM said in a statement. “Fire and emergency authorities were called to the scene. The building was evacuated. All employees have been accounted for. We are aware of five employees being evaluated on scene by medical personal and only one employee is being further treated.”

Firefighters searched for other fires caused by the explosion and a HAZMAT team was called in.

“We received a call at about 9 a.m. that a battery had exploded at the tech center,” said Fire Chief Dave Fredericks. “We responded and found two victims and a small fire. At this point, I don’t know the extent of the injuries, but the more serious of the two was taken to St. John Hospital on Moross Road.”

We sincerely hope that the five employees involved in the explosion reach a full and prompt recovery. We also hope that the media at large doesn’t turn this into some kind of a Volt fire/explosion-related fiasco… it’s a research lab, people. From what we’re told, research takes place there.