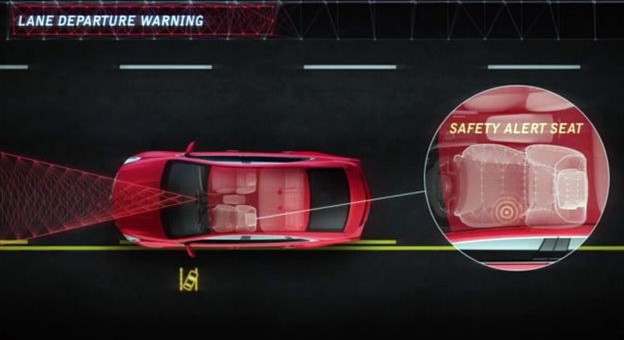 When the 2013 Cadillac ATS and XTS sedans launch this year, we’re expecting them to feature everything General Motors knows about technology, infotainment and comfort, as well as safety. In addition to the active safety systems, the ATS and XTS will both receive a special vibrating driver’s seat, as demonstrated to the press.

We weren’t welcome to this nearby demonstration at GM’s Milford Proving Grounds, either. We imagine some blundering reporters who haven’t so much as heard of the ATS or XTS got the invite, though.

At any rate, this new Safety Alert Seat vibrates to keep the driver in check if they were to inattentively stray outside of their lane — or otherwise aren’t paying attention. The driver’s seat employs two electric motors to produce the feedback, which is an integral part of the the two safety packages Cadillac will release this year. The first is aimed at merely providing the driver with safety alerts (Driver Awareness Package), while a more advanced setup will also offer vehicle intervention (Driver Assist Package). With this, Cadillac is using six radar sensors, eight ultrasonic sensors and two vision cameras to drive the new safety systems.

What’s more, both packages will also be offered on the SRX crossover in the coming months.