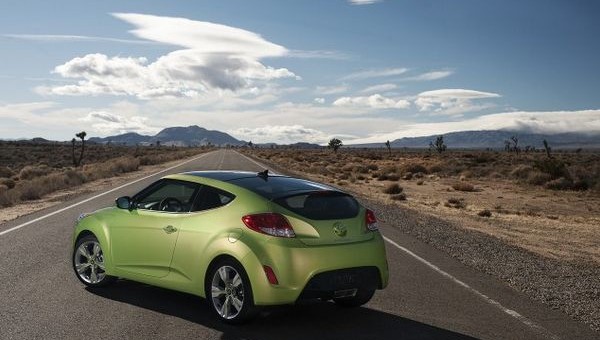 And so it came to be that a Hyundai Veloster seemed to be the star of a recently-held small car showing in the Colorado mountains. It was the turbo model, cradling a 1.6 liter direct injection engine good for 201 horsepower and 195 lb.-ft. of torque. And youngsters, including recent high school and college graduates, admired its modernly aggressive styling, tech-laden interior, and street-cred-inspiring specifications. During the almost two-hour-long private gathering, not one person mentioned the Chevy name. At least not when we were around.

And that’s how Hyundai — an automaker that, less than ten years ago, seemed to be the laughing stock of the industry — is taking car buyers by storm, all the while pushing storied brands with heritage, tradition, and culture out of the way. The fact is that car enthusiasts breed sales success. They create passion, buzz, and vigor around an automaker, brand, or vehicle; then, they tell their friends, colleagues, family, and strangers in the subway. And they feverishly defend the brand and its products — whether debating in person with a colleague, or posting on the online forum battlefields.

There is now an entire generation of American car enthusiasts to whom Hyundai, VW, Honda, Subaru, Mitsubishi and/or even Scion is performance, and who could care less about powerful, V8-roaring beasts like the Camaro or Corvette… and their respectively high price tags. And for a full-line automaker/brand like Chevy, this is inexcusable.

Perhaps even more eye-opening is the fact that Chevy has the goods! It has a mainstream compact car with a better chassis that offers a much better driving experience than the Veloster or Elantra could ever dream of! That car is called the Cruze; and still, almost four years since its global debut, the Cruze doesn’t have anything to offer to a gear head on a budget. Even worse, GM has a comparable engine to what’s found in the Veloster Turbo; it’s available in a high-performance variant of the subcompact Opel Corsa — the Corsa OPC.

But wait for the 130R and 140S concepts, you say? Who cares when Hyundai has a real, tangible product that is available today? And the Turbo model will hit dealers this summer.

Before we get too far into splitting hairs by bringing up CAFE regulations and the effects of performance models on these fuel economy standards, we should mention the fact that the Veloster Turbo is rated at 38 MPG on the highway. Efficient, power-dense, compact performance? You bet. Somehow, Hyundai — an automaker that doesn’t hold a candle to GM’s revenue, profits, sales volume, or global manufacturing ability — has figured it out. But GM — and Chevrolet — have not. Or at least refuse to acknowledge the market.