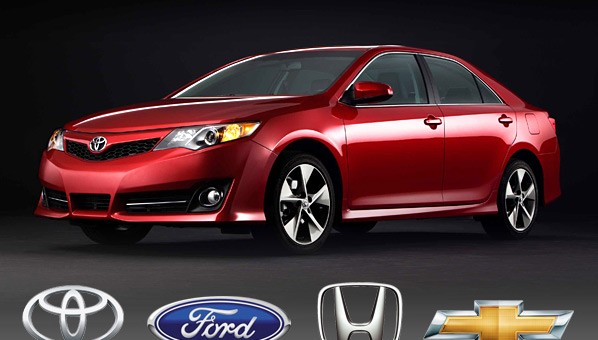 There used to be good cars and bad cars. You know, cars that were utterly not safe to drive, that combusted during an accident, or that literally fell apart after several thousand miles. That was then.

Today, however, one can’t really go wrong in buying a “bad” car, even though we still think that certain makes and models are much better than others. This sentiment is largely reflected by real-world studies, such as the 2012 Car-Brand Perception Survey conducted by the Consumer Reports National Research Center, which found that the perceived difference between top automotive brands and their competitors is shrinking.

The survey tallies how consumers perceive each brand in seven categories, including safety, quality, value, performance, environmental friendliness, design/style, and technology/innovation. Combining the results of these individual categories gives the total brand-perception score and reflects brand image in the minds of consumers.

For the last few decades, Toyota, Ford, Honda, and Chevrolet led the pack in being the top auto brands in the nation. This is still the case today, but the gap is slowly decreasing, as most of the top-ranked brands experienced double-digit drops in total perception scores, according to the study, while small companies have benefited from the shift, with Tesla breaking in to the top 10.

The study also references several global factors, events, and developments that have led to the noticeable change in consumer perceptions, including rising gas prices and a struggling economy — which have pushed consumers to value low operating costs and reliability of vehicles. Additionally, the natural disasters in Japan and safety-related concerns during Toyota’s extensive recalls several years ago have worked to change the perception and value landscape.

The bottom line is that the automotive industry — like the world — is flat… or at least getting there — with brands no longer standing out from the pack like they used to only a couple of years ago. Everyone is making “good” products — so it’s only a matter of perception in deciding who is best. The full results of the survey is available here and is highly recommended, no matter if you’re a fan of CR or not.