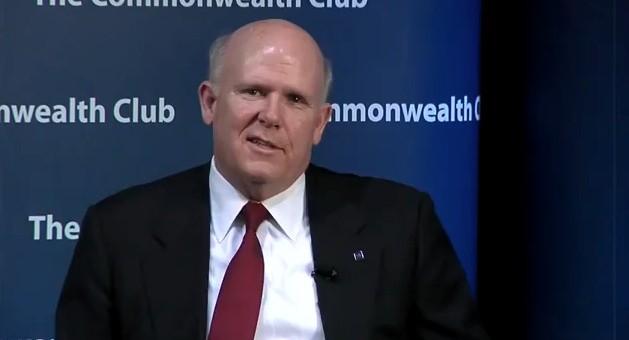 At a recent Climate One event, GM CEO Akerson was asked why GM funds the Heartland Institute, “a group that has tried to push misinformation about climate change into our public schools” and whether “this funding [is] consistent with their company’s message in marketing of the Chevy Volt?”

Not that GM Authority readers didn’t know this already, but it wasn’t General Motors Company — but rather the GM Foundation — that provided the Heartland Institute the $15,000 of funding. Nevertheless, Akerson’s response — and position on climate change — is clear:

“First time I was interviewed by the press I was stunned with the following reaction. Some guy says, “Do you believe in global warming?” and I said, “Well, yea, I do.” Several GM execs have said, “You don’t say that in public. Well, this may surprise you but my underwear doesn’t have GM stamped on it and I am an individual and I do have my own convictions and sometimes it may be that they agree and sometimes they don’t. I think it’s actually healthy to have different points of view and perspectives around the table.”

Akerson then went on to talk about actions, which in his opinion mean more than words, and informed the public that just last week, the EPA named GM its star energy provider because of consistent reduction in emissions controls. “We are 60 percent more efficient in the use of fuel than we were just five years ago. Landfill usage coming off of our plants is essentially zero. You can put it in a coffee can. That’s how we’re trying to improve.” “We have some plants that are completely run off landfill methane — they’re zero emissions.”

We never knew this about Akerson, but it’s eye-opening and rather inspiring that the man in charge of the world’s largest automaker isn’t afraid of stating his personal beliefs and theories publicly. That takes guts and a backbone — something those “other GM execs” seem to lack, whatever their thoughts may be about global warming.

Now, how many in the GM Authority army do have GM stamped on their under garments?