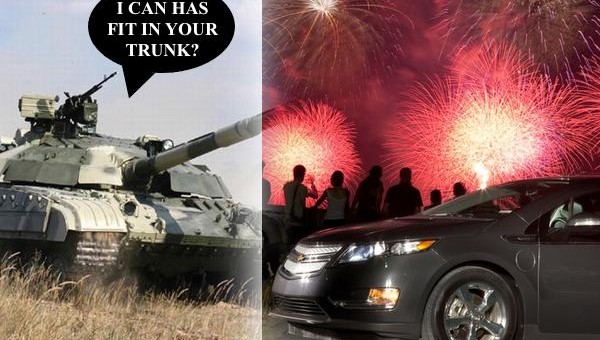 Now that GM has officially announced a partnership with PSA Peugeot Citroën, we predict that the talking heads who don’t know any better and aren’t proficient in real-world business operations will spin it in all the wrong ways. You know, to pursue whatever political agenda.

In essence, the partnership announced this morning is all about saving and leveraging economies of scale in purchasing and component sharing. The alliance of The General and Peugeot will create a global purchasing joint venture to source commodities, components, and other goods and services from suppliers, resulting in an estimated $2 billion in annual savings within about five years. Additionally, the companies will share vehicle components and modules — resulting in even greater savings. Both automakers, however, will continue to operate separately and individually. As part of the deal, GM purchased a 7 percent stake in PSA Peugeot Citroën for a total of $335 million — partly answering our question about what GM should do with its growing cash reserves.

But we all know how certain idiots will twist the development and emphasize the fact that General Motors is investing in overseas companies. You know, using “tax payer dollars” to invest in non-American organizations. And this will result in the production of more small cars that aren’t capable of fitting gun racks. So it’s bad on all accounts: an American company investing in a European (should we throw in “socialist”?) corporation. Rabble rabble rabble. And how dare they? And rabble rabble rabble some more.

Now, since we’re on the topic of American patriotism, it’s important to mention that there are people who don’t want to buy an American-engineered, American-designed, or American-built car because it doesn’t hold a gun rack. Check that. It does. Oh, well then in that case it’s because of an ideology. Right.

We all know who we’re talking about here. It’s the people who will say the most ridiculous things in hopes of casting this deal in the worst of lights, instead of labeling the move for what it really is: a strategic business development plan that makes fiscal sense and will allow General Motors to save sizable cash in Europe and around the world, thereby turning its European operations around and making them profitable. No, common sense, honesty, and truth can’t possibly prevail here.

And being an American citizen, that troubles me more than anything. Now, where is my gun rack?