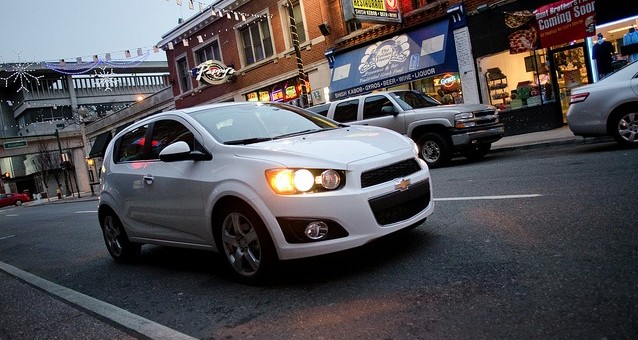 We’ve known that GM was doing its best to convert Pontiac and Saturn owners to the remaining brands within the General Motors stable. In fact, we’ve received emails from readers who own Pontiacs and Saturns saying that they’ve received brochures and letters from GM to check out comparable Chevy vehicles. This time around, though, we have actual proof that you should be able to replicate yourself, behind the comfort of your computer, tablet, or smartphone.

If you do a Google search for Pontiac Torrent, you’ll see a Chevy ad for the Equinox. The ad reads:

Looking For the Torrent? – Interested In a Pontiac Torrent?
Why Not Consider a Chevy Equinox?
www.chevrolet.com/Equinox

Clicking on the ad takes the user to the Equinox landing page within Chevy’s website. We discovered this effort way back in 2010.

But here’s something new: a Google search for Saturn Astra will return a sponsored ad from Chevy for the new Sonic.

We didn’t get any Chevy ads for Saturn Outlook, Vue, Aura, or Pontiac G6, G5, or G3. Feel free to do the above searches yourself and see if you get similar results. Note that the ad copy may not match up exactly with ours, since Google offers the ability to serve multiple ads for one campaign.

If you’re an existing Pontiac or Saturn owner, have you received any communication from GM suggesting a Chevy? Talk to us in the comments.