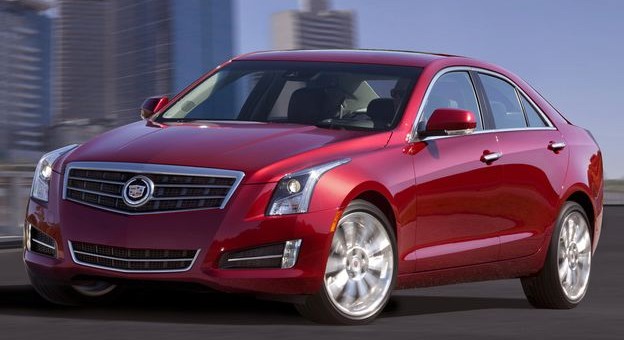 Prior to Cadillac’s live unveiling of the first-ever ATS tonight, photos and intel have found their way online, and we can finally, finally see what the car looks like without all of the cover-ups. We’re also given explicit details of what’s going on underneath that sharp, sharp sheetmetal.

Cadillac has attempted compact cars before, and were unfortunately so bad, they are now legendary. The Cimmeron and Catera? Just reading the names induces frowning. Thankfully, wonderfully, beautifully — the ATS is nothing like the previous attempts. For starters, it actually boasts a rear-wheel-drive setup and Cadillac’s highly-touted new CUE infotainment system, but there’s much more mechanical appeal to it than just that.

Along with RWD, the ATS features GM’s first five-link independent rear suspension setup, complemented by multi-link double-pivot MacPherson struts in the front, complete with a direct-acting stabilizer bar. Also featured is GM’s well-done FE3 sport suspension system with Magnetic Ride Control — derived from the Corvette ZR1, CTS-V and Camaro ZL1 — which is aided by a four-channel ABS system with an optional Brembo brake set. Also available is all-wheel-drive, and a choice of three different engines.

That will probably be as good as it gets until the ATS-V makes its way onto the market, which is supposedly featuring a twin-turbocharged V6. Both a six-speed Tremec M3L TR3160 manual transmission and six-speed Hydra-Matic 6L45 automatic transmission will be offered. Also, be on the lookout for coupe and wagon flavors as well. Expect pricing and fuel economy numbers to come at a later date.

Along with CUE, the interior of the ATS is graced with what looks to be some pretty high-quality stuff — even leapfrogging the larger, older CTS in refinement. The CUE system entails Bluetooth, USB, aux inputs, an SD card slot, and an 8-inch touchscreen, which flips open to reveal a storage compartment. In addition, there’s a 5.7-inch display embedded into the illuminating gauge cluster, push-button start, and a color Heads-Up Display (yes!).

I’ll take my interior in the red leather and black/red accents, thanks.