Not that we’ve shared what we absolutely positively love about Chevy’s best-selling compact sedan, here are the items of which we aren’t big fans: 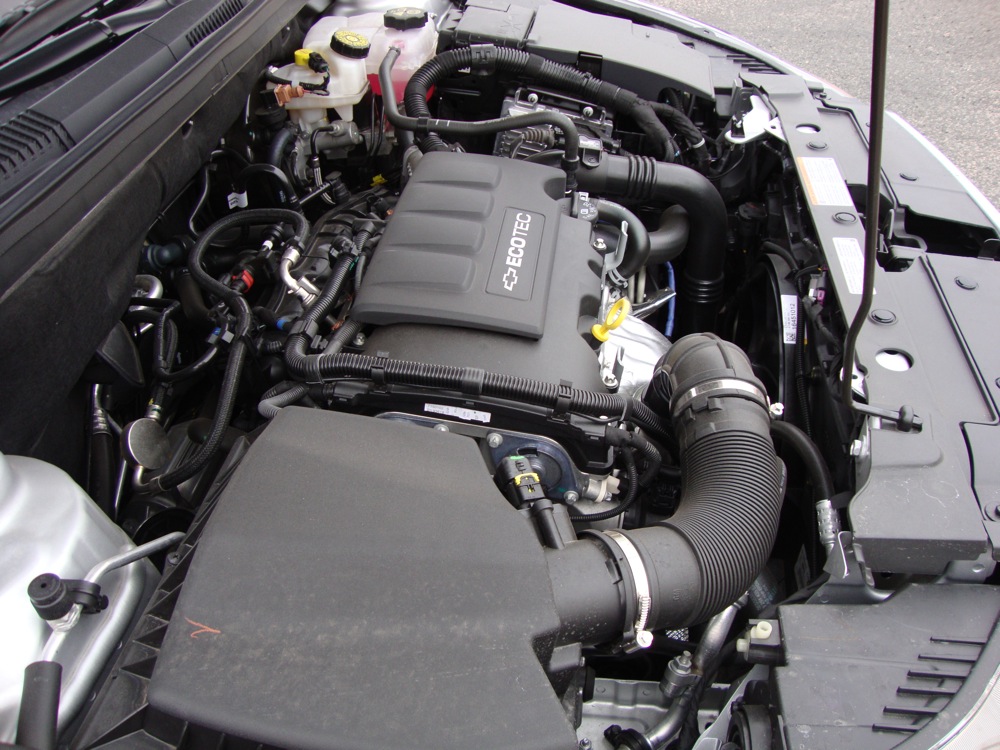 The Cruze’s 1.4 liter uber-light-pressure-turbo four-banger is efficient and capable of achieving 42 MPG on the highway. In fact, we got as high as 55 MPG on a flat highway going 68 MPG several times in our non-Eco 2011 Cruze. But the fuel-sipping nature of the car means that there isn’t much power to be had… unless you’re always driving between 3,000 and 4,000 RPMs.

Worst of all, the Cruze is such a great-handling vehicle, the ride is so composed, and the chassis is tuned in such a perfect fashion, that we can’t help but feel that it’s a great car waisting its time dating a weak engine. Can we at least have a 1.6 turbo as an option? You know, for those who want more excitement in their Bowtie compact? Any version of a 2.0 turbo would also be just fine by us… 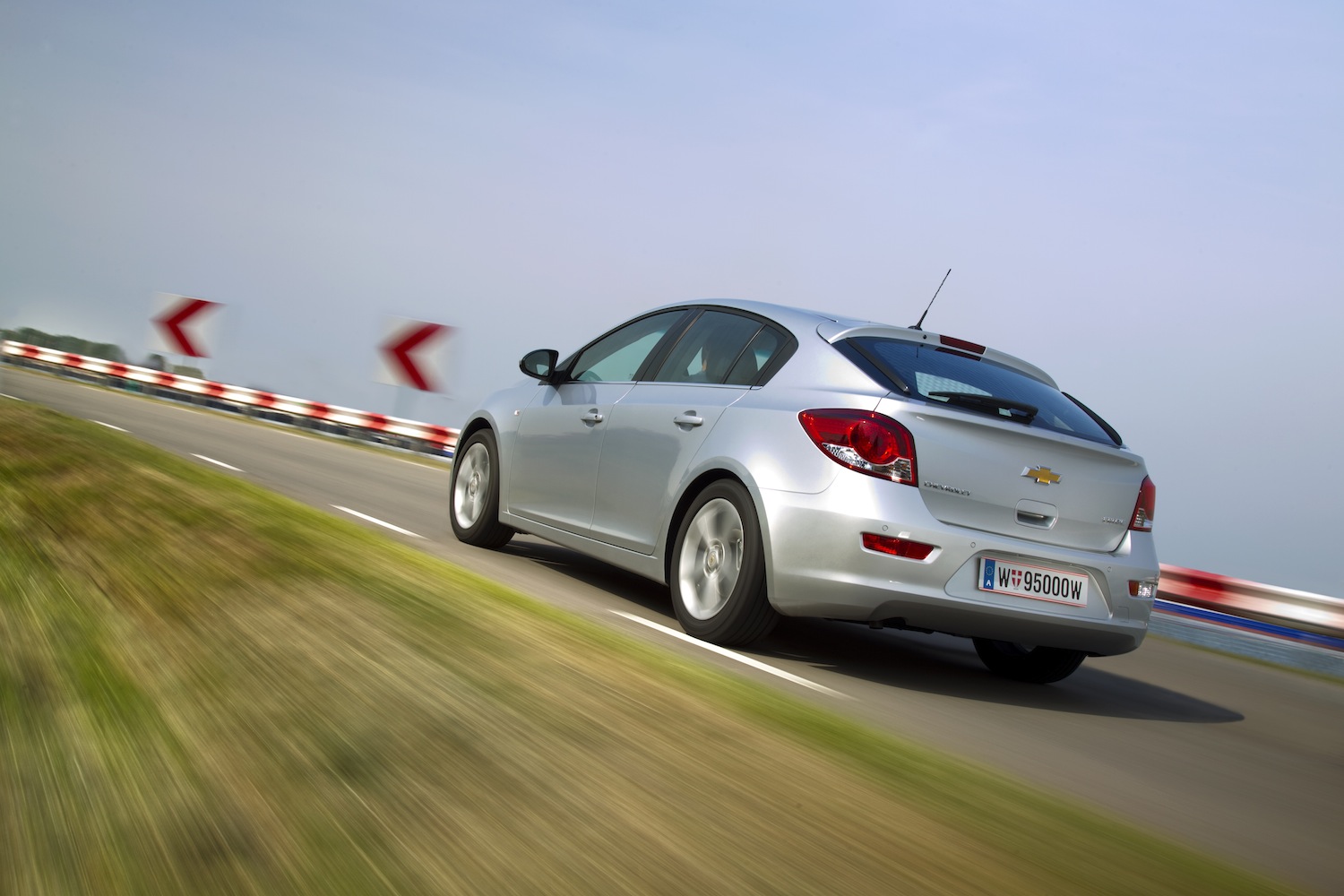 Don’t get us wrong, the Cruze sedan is a beautifully-designed vehicle. But what is taking so long to bring the hatchback variant to North America? And while we’re on the subject, what about a coupe or even a three-door hatch?

Ford’s Focus is already available in a five-door hatch (and sedan) versions in North America while a wagon is available in Europe. Hyundai’s Elantra sedan will spawn a coupe later in 2012. And VW’s Jetta/Golf range sports a sedan, wagon, five-door hatch, three-door hatch, and coupe-convertible (EOS). Not to mention the Forte sedan, hatch, and  Koup from Kia. Seems like GM is restricting the target market of the Cruze by not offering other body variants…

It’s no secret that a big selling point of the Cruze is its stellar fuel economy. So it’s rather perplexing to us why GM would make the instant MPG meter available only on the Eco models. Are drivers of non-Eco Cruzen not interested in instantaneous fuel economy? Seems like an artificial differentiation tactic to us… and reeks of old GM. 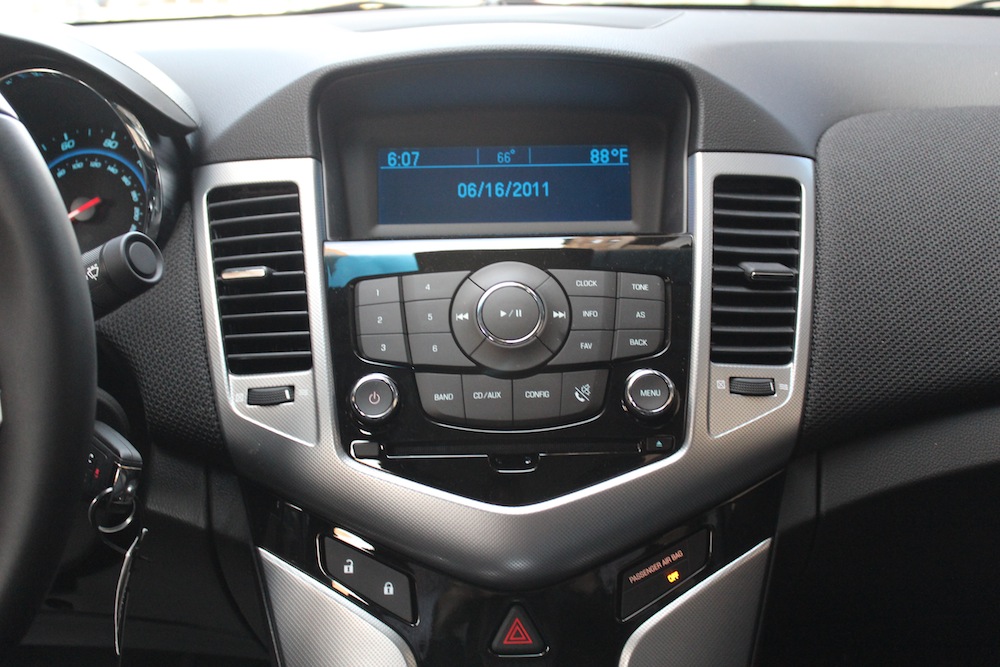 Dead in the center of the center stack of each Cruze lies a play/pause button. Think quick: what do you think this button does?

If you answered “plays and pauses audio sources,” you’re partially correct. Our gripe is that the button doesn’t actually have the ability to pause devices connected via USB (other than memory sticks). So if you have the most popular personal media player in the world (iPod, iPhone, iPad), the Cruze won’t be able to pause it. A $13,800 Ford Fiesta is capable of pausing (and resuming) USB audio sources. So is Chevy’s Equinox entry-level crossover. Why doesn’t the Cruze?

In case you’re wondering what the button is capable of pausing… compact disks. 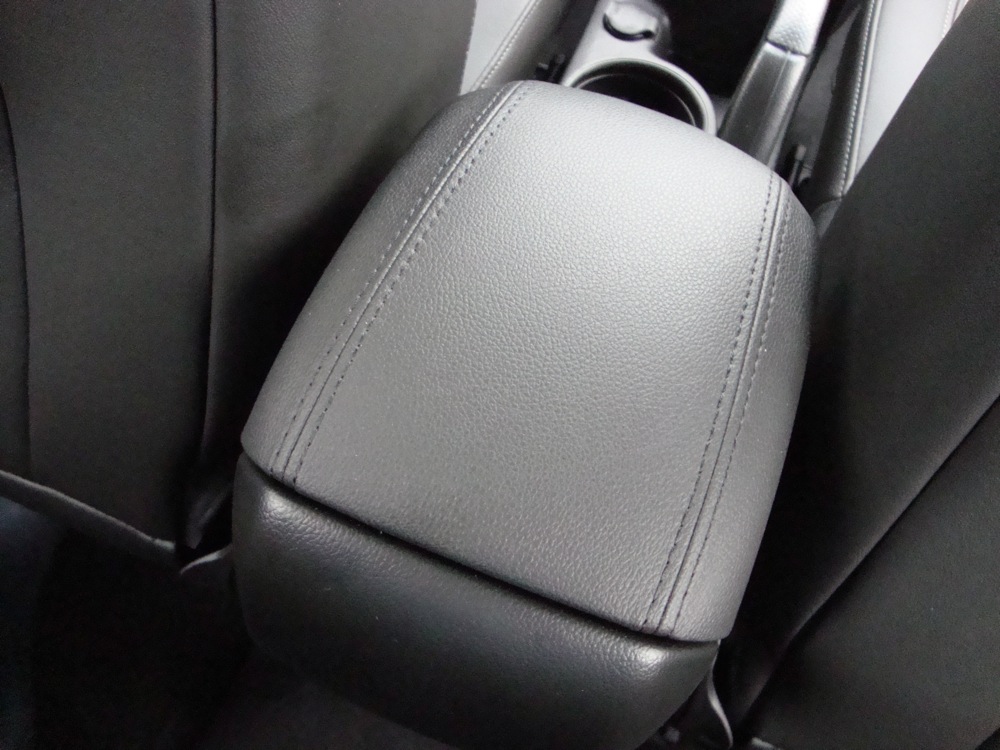 The Cruze’s center armrest is probably the worst-designed part of the vehicle: it squeaks, it’s flimsy, and it slides backwards all too easily, urging the driver to readjust it using his or her right hand. It needs to be improved on those three aspects, namely:

The Cruze is still the best compact sedan in our book — and its sales show it. But addressing these issues, in our opinion, would make it a runaway success, not just a “we squeezed them out by a few units best seller.”