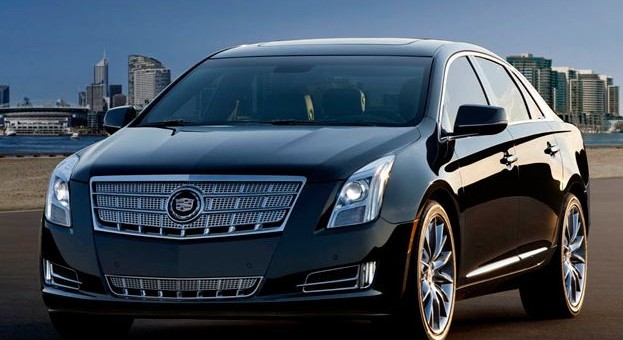 Just to get it out of the way, no, the Cadillac XTS isn’t a match on paper when looking at cars like the BMW 7-Series or Mercedes-Benz S-Class. We knew that well ahead of time, so our feelings of disgruntlement have resided for now. However, the 2013 Cadillac XTS still deserves your full attention.

The 202-inch full sized sedan may seem to be taking a step back from Caddy’s current mission of performance luxury — as evident in cars like the CTS and upcoming ATS — with its front-wheel-drive setup, but a stock 300 horsepower from the LFX V6 engine and HiPer Strut suspension system does bring promise to the table. But there’s much more to it.

Based on our first-hand experience, we love the HiPer Strut system, which is meant to absolutely minimize torque steer. We’re pleased GM went with this choice and not the MacPherson setup found in the Buick LaCrosse, which the XTS will inevitably be compared to until the cows come home. Of note is that HiPer strut is available, but not standard, on the LaCrosse. The availability of a Haldex all-wheel-drive doesn’t hurt, either, nor does its standard Magnetic Ride Control suspension. Four Brembo disc brakes are standard, too. That doesn’t sound like a DTS to us. Or a LaCrosse.

Open the doors and you’ll find the all-new CUE infotainment system, which incorperates a 12.3-inch LCD screen where the gauge cluster would otherwise be and an eight-inch LCD touch screen with intuitive motion sensitive features. There’s also an available color Heads Up Display unit to add to the high-tech theme. The range-topping Platinum package will utilize Alcantara headliner, among exterior appointments such as 20-inch rims and a chrome/satin-chrome grille. And are those illuminating door handles we see in the video? Oh, we like that. Also, its trunk space of 18 cubic feet is larger than all German full-sizers, meaning that one extra body will definitely fit in there if the occasion calls for it.

Active safety is seemingly present in the XTS to a higher degree than any other vehicle ever made by General Motors, utilizing radars to operate its adaptive cruise control, automatic braking and rear cross-traffic alert systems. There’s also a “safety alert seat” that will vibrate to make sure the driver’s senses are sharp.

The 2013 XTS will begin production in Spring of 2012. And when it launches, we’re expecting the Audi A8-sized sedan to be priced closer to the likes of the A6.