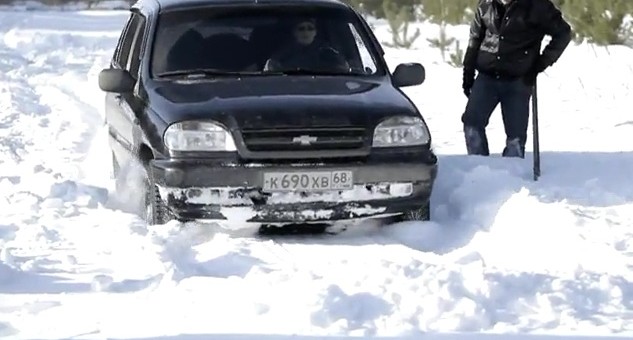 Developed in the Soviet Union in 1977 and engineered and manufactured by Russian automaker AvtoVAZ — the Lada (now Chevy) Niva 4×4 is one of the longest-running nameplates on the Russian auto market. So how in the world does Chevy end up with its name on such a vehicle? That’s exactly what we will explore in this article.

Founded in 1966, AvtoVAZ — then simply known as VAZ, or Volzhsky Avtomobilny Zavod (Automobile Factory on the Volga/River) — is the second-largest automotive manufacturer in Russia that makes vehicles under the domestically-infamous Lada brand. The company’s products are by no means modern or cutting-edge, but the cars are known for two things: durability and (devilishly) simple transportation.

AvtoVAZ’s Lada Niva (internally, VAZ-2121) project traces its roots to the early-1970s, being conceived as a go-anywhere vehicle for the tough tundra region. The resulting product ended up becoming an off-road legend: ask any off-road fanatic about the Niva and they’ll most likely know something about it.

Available in 3- and 5-door body styles, the original Niva could practically go anywhere and was the Eastern bloc’s alternative to the renowned Jeep Wrangler. The Niva was built on a unibody architecture with control-arm front- and live-axle rear suspension. Nivas have been driven on land, mountains, through mud, and underwater — and most have survived the undertaking. 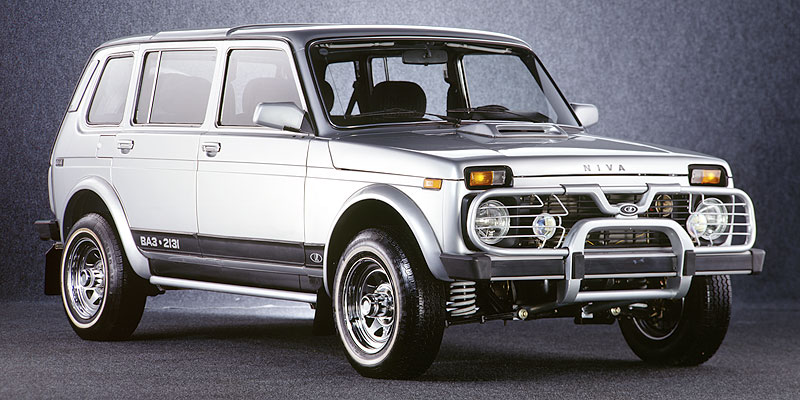 The original 1977 Niva was equipped with a carbureted 1.6-liter overhead cam four-cylinder gasoline engine that made a whopping 72 hp and 93 lb.-ft. of torque; it was mated to a four- or five-speed manual gearbox and featured full-time four wheel drive with three differentials (center, front, and rear). Other off-road goodies included a transfer case with a high/low gear selector, a central differential lock, and a towing capacity of 1,900 lbs. (860 kilos). The same Niva was given tweaks and updates all the way through 1998, but none of those came close to a full-on redesign.

In 1996, almost 20 years after the debut of the Niva, VAZ began working on a modernized successor to the original VAZ-2121 Niva, which was available (through export and various local manufacturing efforts) all over the world except for the U.S., Japan, and several smaller nations. The Niva’s heir apparent made its mass-production debut in 1998 — but was still very much related to the VAZ-2121, carrying over the unibody setup and suspension. The vehicle now uses a 1.7 liter gasoline-sippin’ four-banger mated to a five-speed manual gearbox making 80 horses. The powertrain allows the Niva to reach 60 miles-per-hour in 19 seconds.

So, where and/or how does General Motors fit into this scenario?

A few years after the 1998 release of the redesigned Niva, General Motors formed a joint venture with AvtoVAZ. That took was finalized in 2001. Outside of Opel, the deal was GM’s first non-export foray into Russia and was conceived as a low-risk way to learn about the unique market while attaining a foothold with hopes of future expansion. That plan has resulted in Russia becoming the eighth biggest market for General Motors vehicles in 2010, right behind China, USA, Brazil, U.K., Germany, Canada, and Italy, respectively. The joint venture resulted in the renaming of the Lada Niva to Chevrolet Niva.

More importantly, the Chevrolet brand was now front and center on a popular domestic vehicle, thereby gaining instant recognition and familiarity among the Russian public. In fact, Chevrolet — an obviously foreign (and rather awkward) word for Russians — has become part of the culture, with many being familiar with Chevy and even coining their own nickname, Chev.

Today, General Motors owns and operates a Russian assembly plant near St. Petersbrug (your truly’s home town). Officially opened in 2008, the plant makes the Chevrolet Captiva and Cruze as well as the Opel Antara, Astra, and Meriva. The $300-million factory is capable of a yearly production output of 60,000 vehicles; it was GM’s first direct investment in the Russia. Contrary to most assumptions, the Niva is not assembled at that plant; instead, it’s birthed nearly 500 km away in Tolyatti.

The Niva received an update in 2009, with the most notable changes including an exterior by Bertone — an Italian auto design group. The interior also saw several improvements. And while an export version of the Niva was initially planned for developing nations, the project was dropped due to feasibility (read: business case) reasons. For those curious about Niva’s safety, we thought it pertinent to mention that driver and passenger airbags are optional. And as for comfort, air conditioning is optional.

Still, the Niva makes for one heck of a tough machine: it’s been Russia’s best-selling SUV for years and is one of the best vehicles on the market for the country’s roads, where on-road is pretty off-road by American standards.

Here’s a video demonstrating the Niva’s capabilities as it rolls in some mud in the Russian countryside. We’re not entirely convinced that any current GM vehicle is capable of such things. Note: the square-looking vehicle is the first-generation Niva 2121.