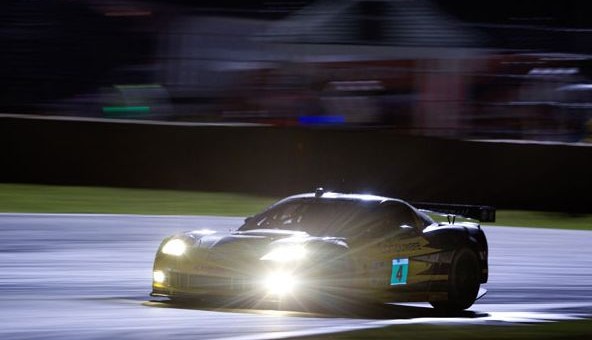 When General Motors announced yesterday morning that the Belle Isle Grand Prix was coming back in 2012 and will feature IndyCar, Grand-Am and SCCA racing, we were excited and a little bummed out at the same time. Obviously, there’s a lot to get stoked about, especially if you’re a Cadillac Racing fan and reside in or around the Motor City, but we were hoping for the American Le Mans Series to join the event as well.

It turns out that the reason for the lack of ALMS in the June 1-3 2012 schedule had everything to do with the timing of the 24 Hours of Le Mans that year. The series, along with the cars, just can’t be in two places at once as much as everyone would like to.

ALMS CEO Scott Atherton has claimed that we won’t have to wait no longer than the summer of 2013 for the series to make its way to Detroit, as there looks to be no scheduling conflict that year between the epic 24 Hours of Le Mans and the Belle Isle Grand Prix. That means Corvette Racing will be able to take to the Belle Isle track, along with its manufacturing rivals BMW, Porsche and Ferrari come some summer weekend in 2013.

“We foresee a resolution of the date conflict with the Le Mans test day, enabling the ALMS to compete in the Detroit Belle Isle Grand Prix,” said Atherton in the press release. “While our participation in this classic Motor City race is not possible in 2012, we will continue to work hard with everyone involved to take part in 2013.”

Might as well pitch to the WTCC and Formula 1 now… just to cover all bases.