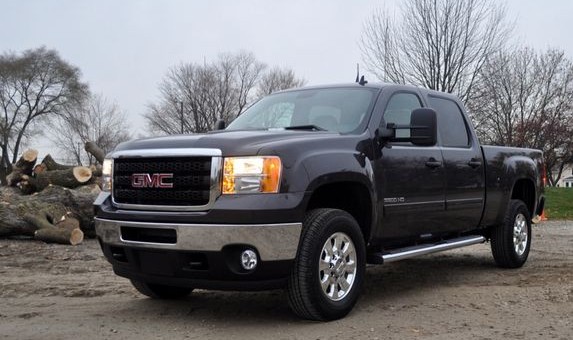 In the seemingly never-ending battle for the top spot in today’s truck market, General Motors has once again updated the ratings on its Chevrolet Silverado and GMC Sierra Heavy Duty trucks. The update comes hot on the heels of Pickuptrucks.com publishing their HD Hurt Locker comparison test, with the GMC Sierra HD winning overall as a result.

With some fortifications to the trucks’ box sills, rear springs, u-bolts and box mounts and upgraded shock tuning, the 3500 HD is now rated at a staggering 23,000 pounds in max fifth wheel towing, up from 21,700 pounds from last year. The revised rating makes the 3500HD the new class leader overall, as does the revised 18,000 pound max conventional tow rating, up from 17,000 last year. Maximum payload is also increased, with a rating of 7,215 pounds, up from last year’s 6,635. Finally, the maximum Gross Combined Vehicle Weight Rating is now at 30,500 pounds.

Oh, and there’s an updated GPS system with a built-in hard drive for the 2012 model as well.

The updated models will be in dealerships by the fourth quarter, and we expect an announcement with pricing information as well as the same upgrades to the Silverado HD very soon.