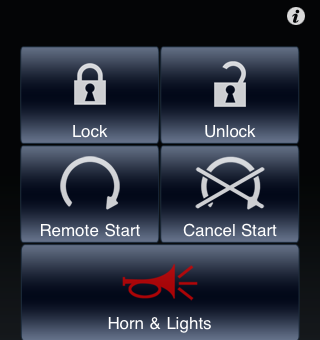 OnStar’s RemoteLink app (for iPhone and Android devices) is probably the most useful (not to mention the coolest) piece of telematics technology on the market today. We thought that some of you may want to know how RemoteLink works, so we’ve reached out to the folks at OnStar and got the down-low for your reading pleasure.

Assuming that the user has already registered for OnStar, has an OnStar user ID and password, has enabled remote commands online, downloaded the app, logged in, and confirmed the device, here’s how the RemoteLink app works:

This same process is replicated for other commands, such as door lock/unlock, horn, lights, and vehicle information (such as tire pressure, gas mileage, range, etc). OnStar tells us that subsequent requests are faster than the very first, since the connection to the vehicle is already open and active.

Most importantly, the five-step process outlined above takes place within a matter of 50 seconds. Considering that the user can perform the same functions whether they are ten feet away from their vehicle or ten thousand miles around the world, we’d say this is nothing short of remarkable. What’s more, everything the app does is performed through the Web and OnStar’s data centers: no direct phone-to-vehicle connection is present.

For those upset by the fact that RemoteLink only works with certain 2010 and newer model year vehicles, it’s important to note that only vehicles with generation 9 OnStar hardware were designed to work with the app. Since this hardware is only present in 2011 model year and newer GM vehicles, compatibility with 2010 model year and older products requires several work-arounds, which aren’t possible on certain cars.

Now that you know how RemoteLink works, what features would you like to see added to the service? Sound off in the comments!