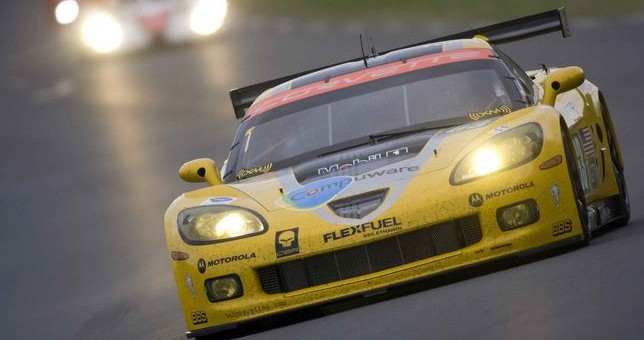 While last year’s 24 hours of Le Mans featured a stroke of bad luck for Corvette racing, this year’s race fared much better for the team, as they not only finished, but won.

Despite being a full lap behind the leader at the 18-hour mark, the #73 car of Olivier Beretta, Tommy Milner and Antonio Garcia managed to make up the ground needed to snatch victory in the GTE Pro Class away from the #41 AF Corse Ferrari 458 Italia, which came in second, while the #56 BMW M3 GT came in third. The last remaining Audi R18 of three that started in the beginning won the race overall in the LMP class.

It wasn’t all smooth sailing, however, as the #74 Corvette C6R driven by Jan Magnussen and Oliver Gavin was forced to retire around the 18-hour mark due to a collision with a Porsche that caused major visible damage while disabling the car’s steering. Gavin, who was driving at the time, was unharmed.

In short, the race was a 24-hour thriller for all racing classes and racing fans alike that was an accomplishment just to finish. And if you didn’t watch at least a small part of it, you missed out.