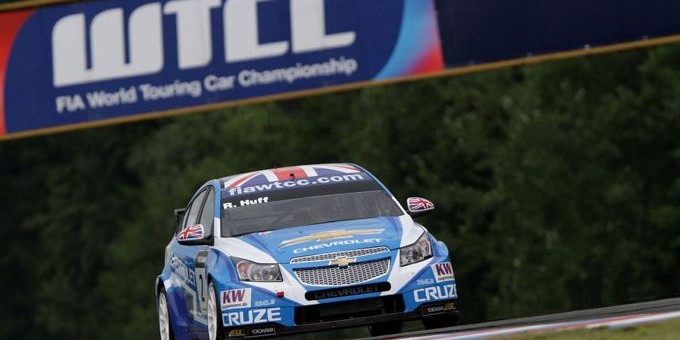 Despite Jason Plato posting the fastest qualifying time, the Chevrolet British Touring Car Championship team came out “disappointed” last weekend at Croft, located in North Yorkshire, England. Due to several entanglements with the rest of the pack, the team didn’t manage any better than fourth place in all three races. Needless to say, it wasn’t enough to close the enormous points gap between them and Honda, the overall points leader with 239 points (Chevy is second with 139 points). With five rounds left in the series, the team is going to need a lot of guts, and a few strokes of luck to win the championship.

For what Honda Racing is in the BTCC, Chevrolet is just that in the WTCC circuit, once again winning in dominating fashion, this time at Brno (yes, that’s really how you spell it) in the Czech Republic. A Cruze won both races, the first by Rob Huff and the second by Yvan Muller. Alain Menu stayed consistent, finishing third both times. After the weekend, the team remains light years ahead in manufacturer’s standings with 405 points, with second place going to BMW with a mere 231. Huff, Muller and Menu also control the drivers’ points standings, being first, second and third, respectively.