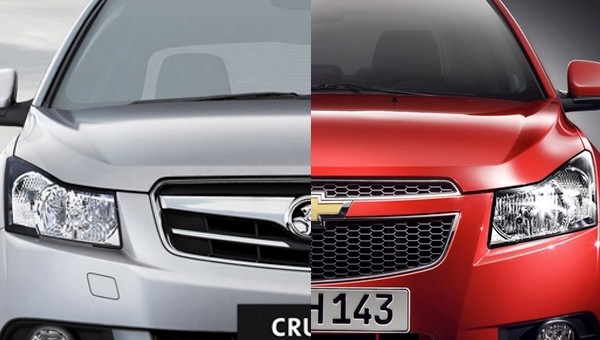 This article is part of the GM Authority Opinion Desk series, where you can see exactly what’s on the minds of the GM Authority crew. This opinion piece also doubles as an argument opposing the notion that Chevrolet should replace Holden in Australia and other markets.

Before I go forward, I need to let everyone know the following: this is NOT some sort of attempt to stroke the ego of anyone within General Motors or those around the world who don’t quite see eye-to-eye with our own Alex Luft’s proposal suggesting that Chevrolet should eventually replace Holden in the Australian and the greater Oceania market entirely. This is only my opposing view to Alex’s extensive piece and is meant to encourage friendly and thought out debate. But either way, if you do strongly oppose such an idea, stick around for the next few paragraphs. Chances are you’ll like what you read.

Okay. So, the main point in Alex’s proposal is that in order for Chevrolet to be on a more recognized level globally with the likes of Ford and Toyota, GM brands exclusive to one market such as Holden should be absorbed gradually into the Bow Tie brand for the sake of global brand harmony and simplicity. This will help reduce the number of names a particular model goes under depending on the market. It would also reduce multiple marketing slogans, giving a more concise brand message to consumers. Plus, rebadging would be reduced. There is no doubt, such a unified process for Chevrolet would be positive for the brand, and would play out nicely in a vacuum.

But the world we live in is full of X-factors.

I’m not going to pretend I have some sort of greater knowledge base than the marketing data General Motors has collected for the Australian market. Truth be told, I’ve never even been to Australia. But I don’t need to take a trans-Pacific flight across the Globe to understand that the thought of phasing out Holden can be taken as an insult to Aussies the world over.

It doesn’t matter if a Chevrolet takeover of Holden would take 10 years, or happens tomorrow, Australians will continue to be Australians, and they will continue to have a passion and pride for Holden. Marques that have been around since the mid 1800’s command such things. Yes, Holden has roots that run deeper than even Chevrolet, which turns 100 this year. Over the years, it has become incorporated with Australian history, culture and tradition, not to mention recognized across the planet as something that is distinctively Australian, just as Chevrolet is distinctively American.

This kind of attachment cannot just be disregarded.

Take the following scenario for consideration: think if GM decided to phase out Chevy in America in favor of a more popular global brand, or — more realistically — if Fiat wanted to phase out Chrysler in favor of something more Italian. Dark days would fall upon American car culture. Cries of outrage, and feelings of alienation are easy to imagine if such a story were to unravel. Is the Australian car market so different that such repercussions could not be visualized? I like to think not.

But today, most consumers of Chevrolet vehicles such as the Malibu, Cruze, Aveo, Traverse and Equinox treat their cars just like house appliances, and could care less what badge the car wears, so long as it’s priced right and is reliable.

But you don’t see people restoring 1960’s Toyotas in their spare time. You don’t hear songs about Hondas. As the slogan goes, Chevy Runs Deep here, and not just with old people. Young American car enthusiasts also appreciate Chevrolet models such as the Camaro, Corvette and Silverado past and present. Reflectively, Holden has the beloved VE series, and a strong following with it — even globally — and makes many American car enthusiasts upset that they can’t buy one at their local dealership.

Perhaps a more tolerant solution would be to sell Chevrolet and Holden in the Australian market side-by-side, giving The Bow Tie more global consumer vehicles such as the Cruze, Captiva and Barina (Aveo/Spark) in order to simplify name variations (the Holden Cruze will join the rest of the world as a Chevy Cruze, the same goes for the Captiva and Aveo) while Holden would maintain offering the entire VE Series line from Calais to Ute to Statesman, as they are distinctively Holden, and thus, distinctively Australian.