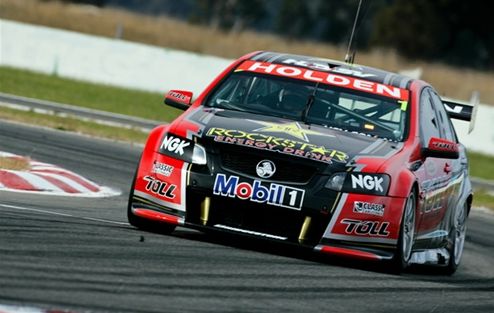 In a weekend double-header for Cadillac Racing, drivers Johnny O’Connell and Andy Pilgrim continued showing improvement with their CTS-V Coupe race cars, placing 3rd and 5th, respectively, for both races. Cadillac currently sits second in manufacturer’s points behind Porsche while O’Connell and Pilgrim are 5th and 7th, respectively, in driver’s standings.

The next racing action for Cadillac isn’t going to be until August, so until then, there’s Corvette Racing.

After a tough first day of racing at Winton, the best the Toll Holden racing team could manage was an 8th place finish by driver James Courtney, with Garth Tander placing 12th. However, at the end of the second round of racing on Sunday, Tander managed to fight back and managed a 3rd place finish, with Courtney finishing 25th due to mechanical issues from a collision with other cars earlier in the race.