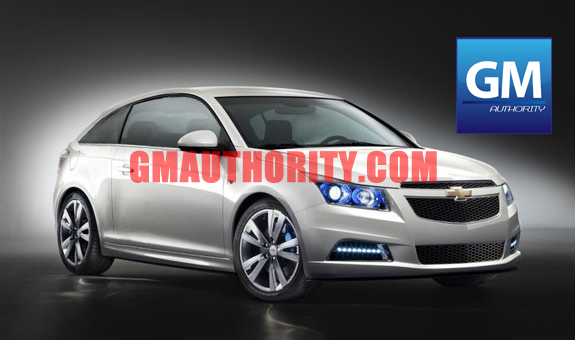 Having earned a respectable 14.4 percent market share in April — second to only the Honda Civic — the Chevy Cruze sedan is finally hitting stride in the United States. In fact, the Cruze has probably reached full market potential by this time — as GM estimated five months ago. But I have to wonder how much more successful the Cruze could be if it were available in hatchback, wagon, and coupe body styles — alongside the bread-and-butter sedan.

There are two pivotal reasons for bringing the aforementioned body style variants to market:

After all, it simply does not make sense for Chevy to compete with a single body style — no matter how good it may be… especially when a hatchback version of the Cruze already exists and is ready to go! Can you imagine how stunning a Cruze coupe would look — and how practical a Cruze wagon would be?

And while we’re at it, let’s not forget about options such as all-wheel-drive, a more powerful motor, and the availability of a stick in Cruzen equipped with the 1.4 liter boosted ECOTEC (ECO doesn’t count). Unfortunately, four-wheel motion doesn’t seem to be in the cards this time around — since we have it on good record that it’s simply not shoehorn a drivetrain to the rear wheels in the Delta II architecture that underpins the Cruze. Looks like Chevy won’t be acquiring that subset of the market any time soon; better luck (and forethought) with the Delta III, I guess.