That’s right, folks. The recently-launched Chevrolet Cruze sold 25,160 copies in April, making it the second most-popular vehicle in the U.S. compact segment. The segment crown, however, still went to the Honda Civic — which managed to move a total of 26,898 units, or 1,738 more than the Cruze.

The Cruze has been steadily increasing its market share since its launch at the end of last year. For example, the Delta II-based sedan accounted for a measly 9.24 percent of the compact segment in December 2010. 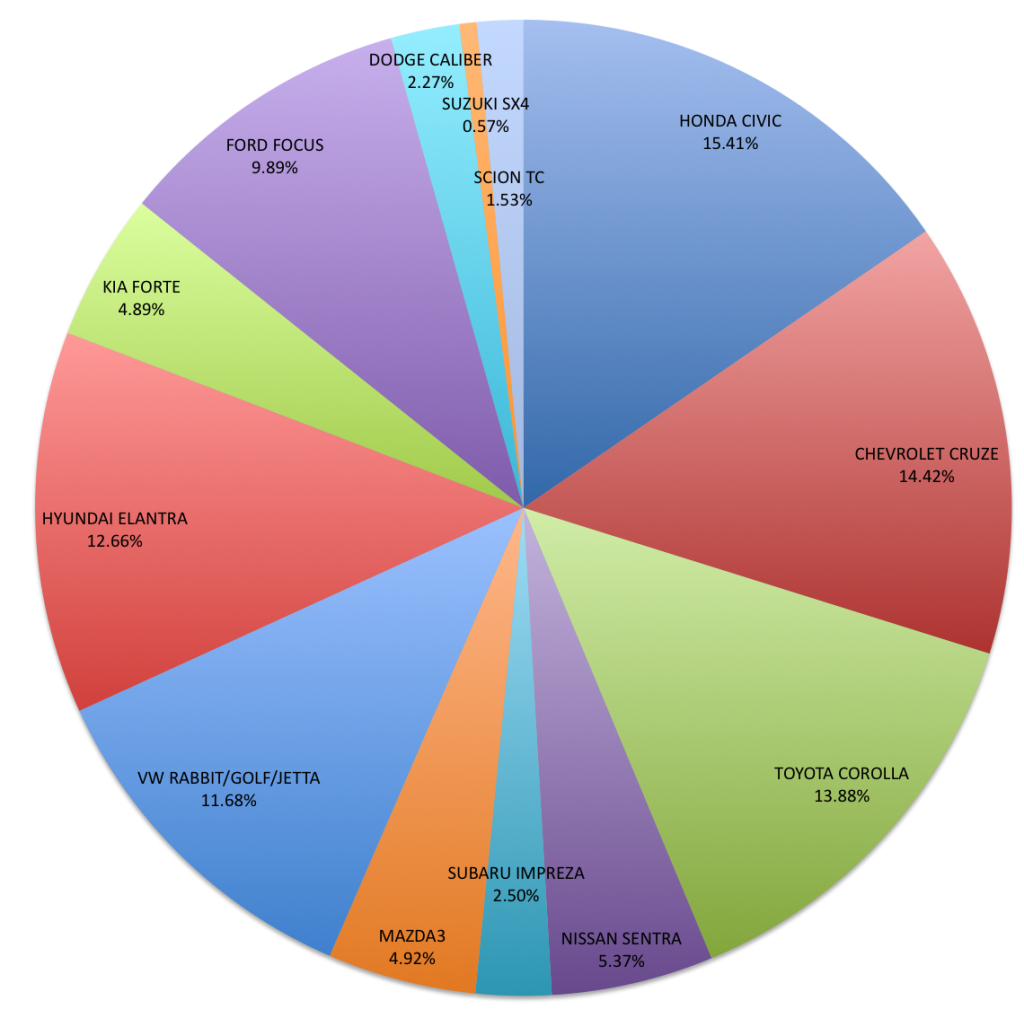 *Lancer was not included as Mitsubishi does not make sales results available.

Be sure to check out our world-famous By The Numbers series for a model-by-model break-out of The General’s sales results.