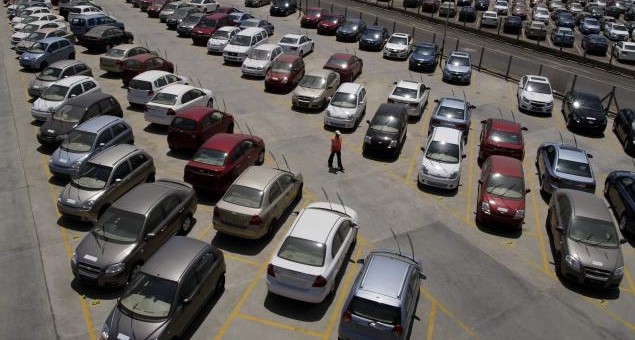 Protesters on strike at GM India’s Halol plant were forced out by police earlier this week due to the government declaring the strike illegal. The strike began earlier this month as a result of workers claiming harassment by their management.

Officials “are making workers work on six vehicles instead of four, which is making them work more than their capacity,” said Mihir Mehta, union secretary for the workers.

The strike comes five months after the last halt in production due to workers’ complaints about their salaries. The strike was called off after management agreed to raise wages in accordance to the regulations. Mehta said management hasn’t fulfilled their promises.

“But nothing happened after that and those leaders who were supposed to protect the interest of the fellow workers joined hands with the management and agreed to company’s terms and conditions.”

Management the Halol plant allowed workers to sit in the garden adjoining the plant for the past few days. But on Monday, police were called in and ordered the workers to vacate the area. Mehta said this isn’t the last protest against GM.

“We will continue with our protest against the inhuman treatment by the management, which has led to serious spine and other health related problems among the workers,” Mehta said. “Now even the International Metalworkers Federation has assured us of support. Soon they will formally recognize our movement and we are confident of getting international support.”

Despite the strike, GM India vice president P. Balendran claims that “about 450 workers have reported for duty and we produced some 70 odd cars on Monday. We are expecting more people to report for duty tomorrow.”

This is the plant’s second major incident in four months, with the first happening in October, 2010. The Halol plant produces the Chevrolet Aveo sedan, Aveo hatch, Optra sedan, Cruze, and Tavera.