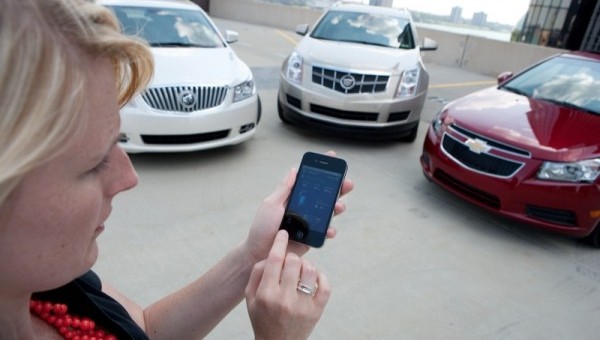 Effective immediately, OnStar’s MyLink App will be ready to use on several (though select) 2010 Chevrolet, Buick, Cadillac and GMC models.

Here’s a breakdown of which 2010 models made the cut:

Avalanche, Impala, Suburban, Tahoe, Traverse. Note that the 2010 Malibu and Camaro are absent.

DTS, Escalade, ESV, EXT. Unfortunately the hot-selling 2010 SRX and CTS models — which make up the bulk of Caddy’s sales — are not compatible.

We find it good that OnStar is extending its Mobile App compatibility, but its missing several 2010 models that sold very well. More unusual is the fact that the 2010 GMC Yukon missed the cut but the rest of the GMT900 SUVs such as the 2010 Escalade and Suburban are now compatible! Update: the Yukon/Yukon XL is now compatible!

And how about the GMT900 trucks like the Chevy Silverado and GMC Sierra? Let’s hope they’re coming soon!