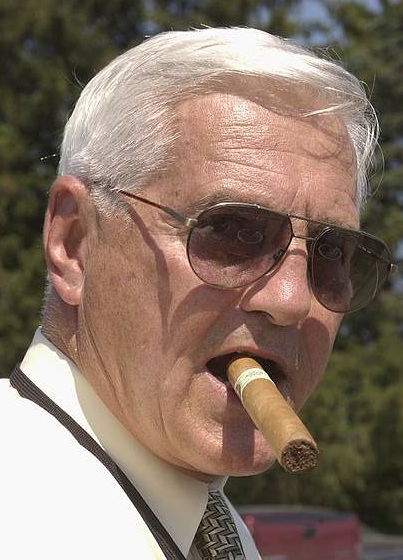 As General Motors CEO Dan Akerson looks for solutions to speed up product development without (hopefully) cutting any corners, The Daily Beast has provided a report claiming that GM is looking to get back together with the legendary “Maximum” Bob Lutz.

While GM and Lutz seem like a reunion that never should have broken up in the first place, the U.S. Treasury has been objective to the deal, saying that re-hiring Lutz so soon after his retirement seems like a sweetheart payout. Sources of the Beast go on to disclose that the Feds would be more keen on re-hiring the 79-year-old former fighter pilot three months from now, roughly a year from when Lutz hung it up last year.

Should the 79-year-old join The General’s ranks once again, chances are he will work closely with Mary Barra, the recently appointed head of global product development, offering his piece of mind on things such as design and functionality — departments in which Lutz seems to have a superior point of view.

Some of Maximum Bob’s last moves before retiring included the rejuvenation of the late Pontiac brand with the acclaimed G8 and Solstice performance cars, the inception of the “Knothole” and the oversight of the development of the Corvette ZR1.

So what do you think? Do you hope GM and Lutz will once again rekindle their relationship? Sound off in the comments below!

Oh, and if you’re reading this, Bob Lutz, we’d love to have you as a guest on our weekly podcast sometime.