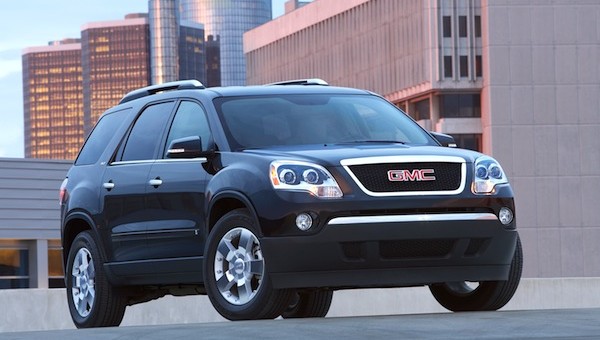 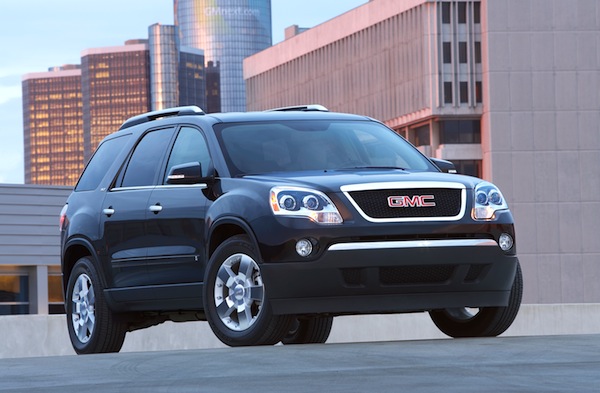 Following a flurry of reports signaling the future demise of the GMC Acadia, here’s a change-up of epic proportions: according to Cheers & Gears, the Acadia will not be discontinued. Instead, the next-gen full-size crossover from GMC will shrink — moving to the Theta Premium platform that currently underpins the Cadillac SRX (and impending Saab 9-4x).

Apparently, the reason for the change is the fact that the Acadia is cross-shopped more frequently than GM is comfortable with its platform mate — the Buick Enclave; both vehicles are usually sold side-by-side in Buick-GMC dealerships. On top of that, the Acadia was originally designed to be the shell twin of the long-gone Saturn Outlook — and since Saturn and the Outlook are no more, the Acadia has become the most expensive Lambda to produce. All this led The General’s product planners to downsize the next-generation Acadia, reportedly bringing it from a full-size to a mid-size crossover.

However, there’s a slight problem with that strategy: using the same platform as that used by the Caddy SRX would make the Acadia uncomfortably close in size to the already-popular GMC Terrain. Assuming that the platform shift for the Acadia is true, we’d expect the Terrain to follow the Acadia in its trip to the liposuction department, where it would lose some heft and length — becoming a true compact crossover rather than the compact-midzier tweener it currently is.

Also of note are the possible powerplants for the next-generation Acadia and Terrain. For the Acadia, we’d put our money on the upcoming LFX 3.6 liter V6, while the Terrain would most likely use a reworked version of the 2.4 liter ECOTEC LAF as well as the much-rumored turbo-charged LF3, or even a 2.0 liter boosted ECOTEC.

Whether these reports will materialize — as we say all too often on the GM Authority podcasts — will only be determined by time. Stay tuned!