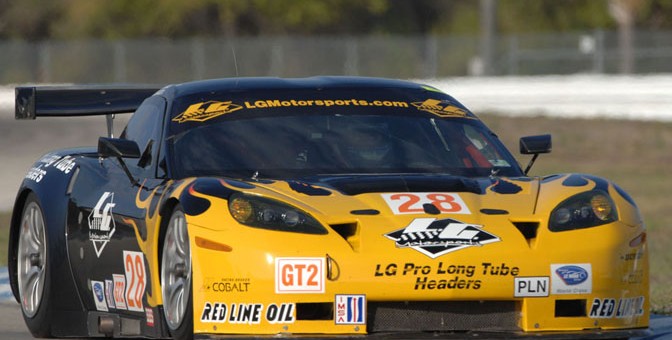 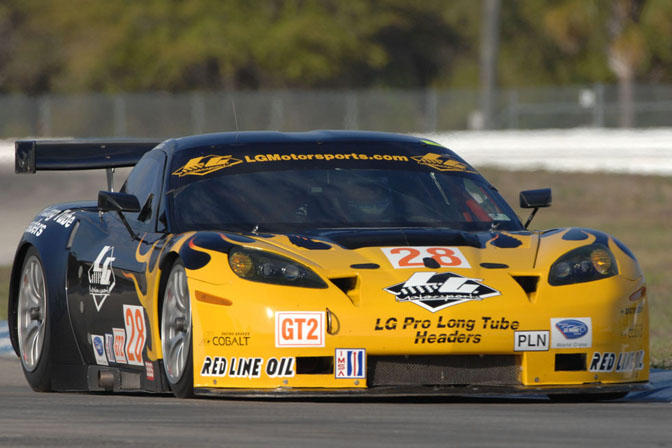 Sometimes the biggest battles in racing are off the track. Case in point: Texas racing veteran Lou Gigliotti has found himself taking on General Motors over getting his GT2 class C6 Corvette race car eligible to compete in the American Le Mans and FIA circuit races in the upcoming season.

The drama goes as far back as 2006, when Gigliotti beat a GM factory team in a SCCA race, where he later announced that he would go on to compete in the GT2 class for modified production sports cars in the American Le Mans Series (ALMS) circuit under Gigliotti’s LG Motorsports team name. General Motors on the other hand, was to remain in GT1. He went on to purchase a Corvette C6 racing chassis by Riley Technologies — the very same Riley Technologies that supplies GM with its Corvette Racing chassis — and so far all seemed well because ALMS rules state that private race teams do not need manufacturer approval to use their makes. Additionally, GM had at first given the OK for the LG Motorsports Corvette to race in FIA sanctioned races, such as the 24 Hours of Le Mans, where the rules require manufacturer permission of private team use of their models.

By 2008, GM announced that Corvette Racing would be making a jump to the GT2 class in ALMS as well. This is the point where things began to get ugly and where GM “sought to accomplish through closed-door deals what they could not do on the track — stopping LG Motorsports and its C6 Corvette.”

Upon Corvette Racing’s entry into the GT2 class, GM went on to reverse its decision on allowing LG Motorsports to use a C6 Corvette, or even selling it to another private owner. Additionally, GM went to Michelin Tires and made sure that the company would not supply LG Motorsports with any tires for ALMS races, of which the tiremaker is the largest supplier. Michelin even barred LG Motorsports from using over-the-counter tires of competitive makes by flagging them as non-approved. Furthermore, Michelin seems to have no problem supplying its coveted tires to any other privately funded race team.

A GM spokesperson declined to comment on the matter. And Gigliotti is left not only fighting GM, but Michelin as well through the Texas courts to allow the use of both his Corvette in FIA races and his desired tires in ALMS races. With racing season just around the next apex, this will be an interesting story to follow.