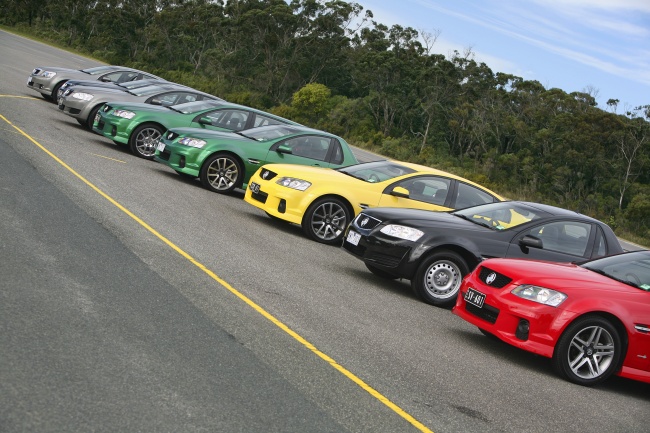 Okay, so we’ve got some more mixed messages about future products bound for the U.S. market. This time, it happens to be a Holden Commodore-based sedan (a.k.a. what Americans knew as the now-legendary Pontiac G8). Despite reports confirming such a vehicle bound for the U.S. Chevrolet lineup, General Motors North America President Mark Reuss claims otherwise.

“There’s no plans to do it right now [export the Commodore]. We love the car but we can’t talk about future product plans. [It was a] big loss when we lost the [Pontiac] G8. We all love the car, I’ll just leave it at that,” said Reuss.

Some hurdles for GM to launch such a vehicle involve elements such as currency, with Australian dollar getting stronger in comparison to the American dollar.

“The strength of the Aussie dollar has decimated our export business. You tell me what the Aussie dollar is doing and I’ll tell you what export potential there is.” said Tim Lee, president of The General’s international operations.

Also, if the Commodore was to come to the US, the Australian engineering team would have to handle the changes needed — and there are a small number of engineering resources to make the needed changes.

“You have to look at what you’re going to do in terms of the company’s resources. It’ll be Australian resources doing it if we ever do anything like that,” Reuss said, though we don’t understand why the U.S. engineers can’t handle the situation just as well.

If GM decides to bring back the Commodore, it would be sometime after 2013-2014 when the vehicle receives a major styling and engineering update, and might even end up riding on the Alpha platform by then.