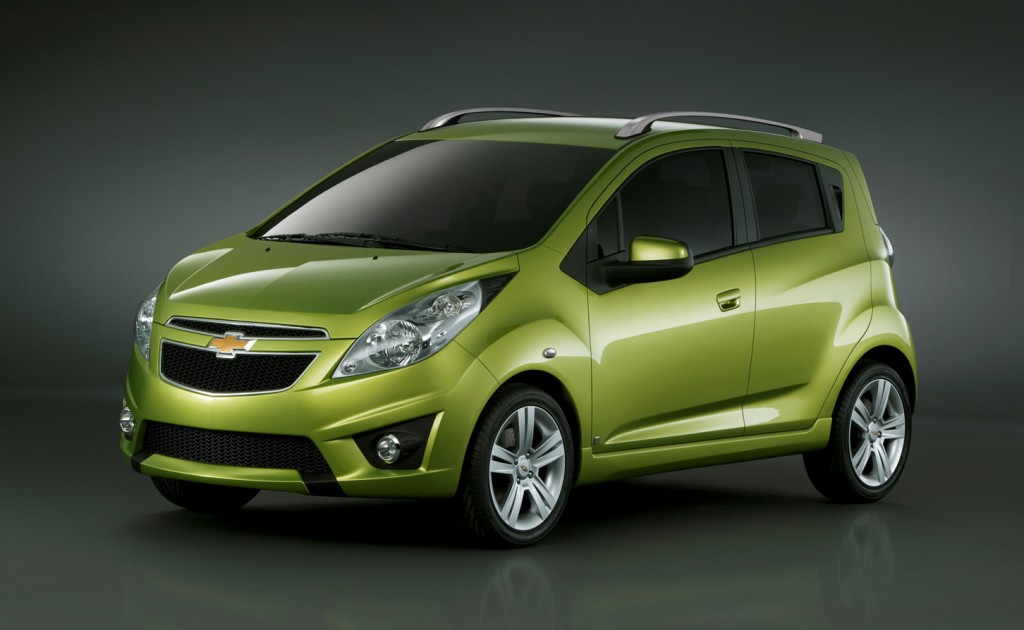 “Currently available in Asia and Europe, the Spark will debut in the United States in 2012.”

– Direct from a presser about the Chevy Spark getting a five-star crash safety rating in the Korean New Car Assessment Program.

“We said we would bring Spark some time in 2012 and that remains in place based on what we see as the current market environment.”

“We have the opportunity to do that if we want to do it, but we haven’t made any decisions on that yet.”

What does this all boil down to? To us, it seems that General Motors is currently unsure about launching the Chevy Spark subcompact here in the United States, despite confirmations early on (and so what if they had one at SEMA?). As far as the “market environment” will be in this country by 2012, that could be code for something like: “we want to see if a car like the Fiat 500 will be a hit or not, then we’ll gauge on weather we launch the Spark in the U.S. or not.”

As most of you know, the Fiat 500 is just a wee bit larger than the Smart ForTwo, and is a direct competitor with the Chevy Spark in Europe, as well as the Ford Ka — which The Blue Oval also seems uncertain about launching the vehicle in the ‘States.

We could still see the Spark in North America, down in Mexico, where the Chevrolet Matiz is currently available — where the Spark would be the car’s much needed replacement. Hopefully we will get more answers during the year.