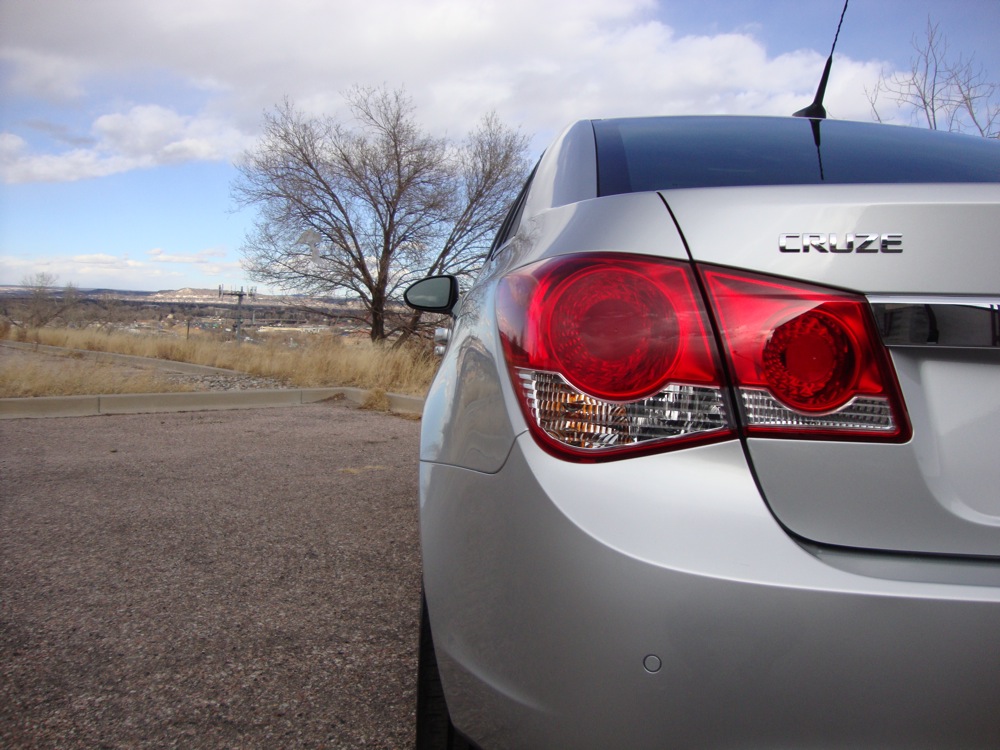 This one comes to us from Albert in Maine, who writes:

“Hello to all in the GM Authority crew! I’ve been eying the Cruze 2LT/LTZ for quite some time now, itching to replace my 1994 Blazer. I’ve visited my local Chevy store and have test driven this car probably more than I would be proud to say. I love everything about the Cruze but — the reason for the numerous test drives — is that I simply can’t bring myself to buy a vehicle with such a tremendous amount of turbo lag.

So here’s my question: is it just me or does the Cruze lag epically more than other cars? Being a hardcore GM guy, I’m ashamed to be looking forward to the new Focus… but if it doesn’t have the turbo lag of the Cruze — that’s where my money will go. Thanks and keep up the great work.

Albert — thanks so much for the kind words! You’re absolutely correct in noticing the turbo lag on the Cruze models powered by the up-level turbocharged 1.4 liter LUJ Cruze. The timing of your question is impeccable, since I just purchased a 2011 Cruze 2LT myself and am quite taken aback by the vast amount of turbo lag. Interestingly, the folks at General Motors responsible for the Cruze consider it to be significantly ahead of the competition — including the all-new Ford Focus and Hyundai Elantra — when it comes to performance.

According to them, the Cruze’s 1.4 liter reaches maximum output at “only 1,850 RPM — where most people normally drive” — meaning that the more powerful Focus will need to rev higher to reach its maximum power output. Take that for what you will, but after having driven my Cruze for about a week, I can definitively say that the turbo lag is noticeable, present, and accounted for. In my opinion, its most noticeable off the line. But when the turbo finally catches, the Cruze feels as if it has received an instant engine upgrade, pushing me back into the seat and delivering great acceleration. Having driven naturally-aspirated engines for the last several years, I have to say that this behavior seems rather odd, if not somewhat dangerous to me: the kick-in of the turbo after the initial lag can be quite dangerous, especially if drivers don’t expect the sudden increase in power. I wouldn’t be surprised if we see a few rear-end accidents attributed to the sudden burst of power that happens once the turbo lag period dissipates.

At the end of the day, the decision is really up to you. I would test drive the Focus and see how it compares to the Cruze. In fact, the entire GM Authority crew is very curious to find out the answer to that question.

Personally, I wish that Chevy offered the excellent 2.0 liter turbo (the same low-output ECOTEC LDK used in the turbocharged Regal) in a high-performance version of the Cruze, creating a formidable competitor to the Ford Focus ST, Mitsubishi Lancer RS, Honda Civic Si, Nissan Sentra SE-R, Mazda3 MazdaSpeed, and perhaps even the Subaru WRX. Just don’t give it the SS badge — I’ll be fine with the Z-Spec moniker.