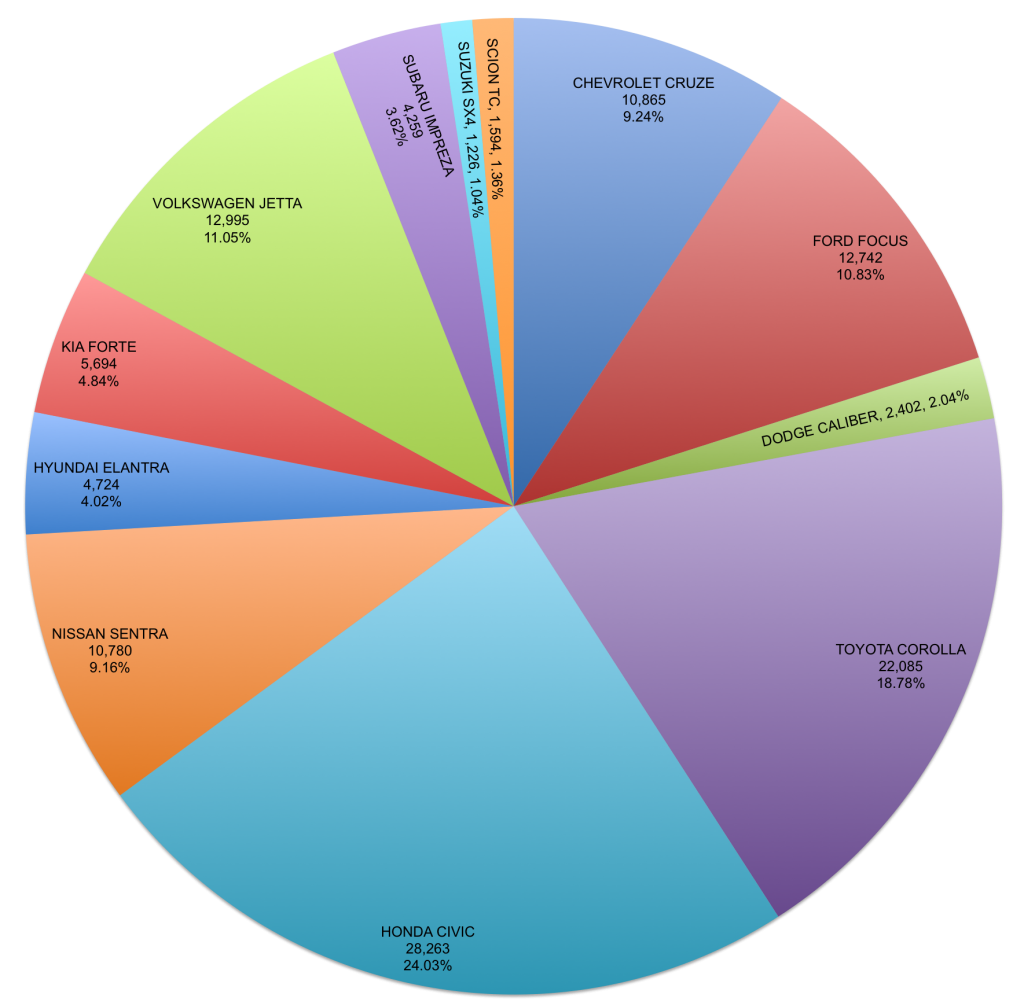 Hot on the heels of a plethora of exclusive new information about the Chevy Cruze, we’ve decided to compile our famous By The Numbers series outlining the performance of the compact car segment in the United States for the month of December 2010.

As you can see, the bow tie brand’s Cruze obtained a 9.24 percent market share — well below the share experienced by segment leaders Honda Civic (24.03%) and Toyota Corolla (18.78%).

All in all, the Cruze performed fairly well given GM’s slow production ramp of the Delta II-based model and the fact that it’s a brand new nameplate in a market dominated by established players from Japan. We expect it to grow its share by at least five percentage points as GM ramps the Cruze’s launch, including production and promotion.

That said, the Cruze is clearly the segment leader in terms of quality, styling, and sheer driving dynamics at this point in time — an opinion we don’t expect to change any time soon, even with the impending launch of the new Ford Focus and Hyundai Elantra.