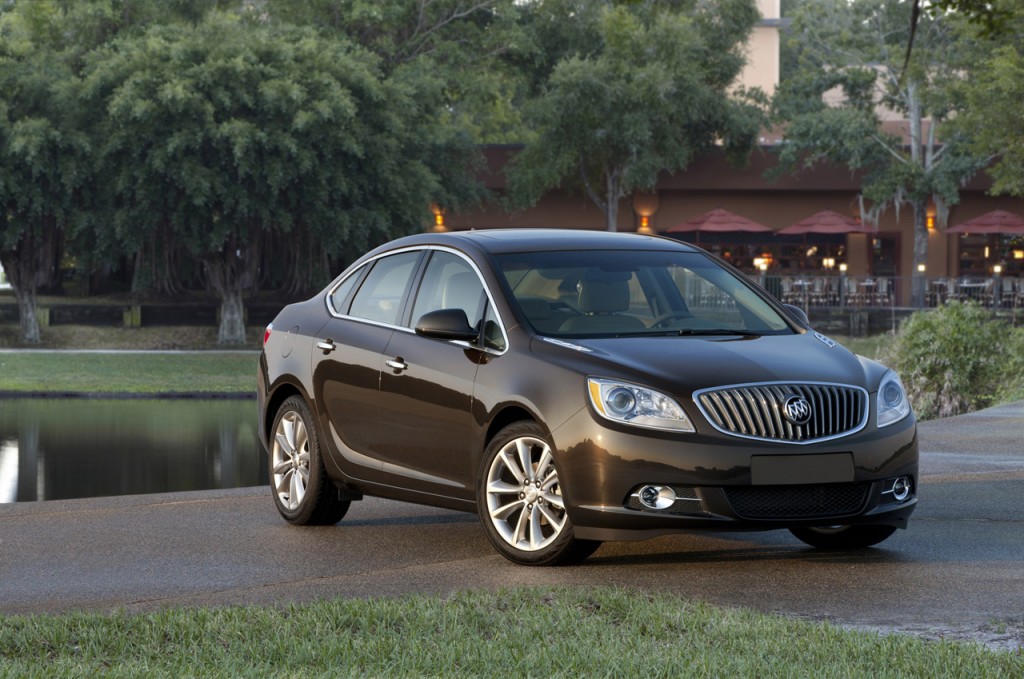 Buick has finally revealed its upcoming compact sedan for all of the world to see. What has been known as the Excelle in China, the Buick Verano shares a lot of DNA with the Chevrolet Cruze, such as its Delta II skeleton, suspension and interior layout. However, the Verano will exclusively offer a 2.4L four cylinder engine that will generate 177 horsepower and 170 pound-feet of torque.

From the outside, the Verano will feature 17-inch alloy wheels as a standard, with 18’s as an option. From the back, the chrome “assbrows” above the tail lamps are present and accounted for — though we wish they weren’t. Up front, the design language is in union with the rest of the Buick family, showing a touch of elegance, though we did take notice to the foglamps and how they seem to be identical to those seen on a Cruze. We’ll pretend we didn’t.

From the photos, the inside appears to be well done, displaying materials such as brushed metals, leather and wood that are also seen in high-end models from the rest of the Buick lineup — though we envision cloth seats for the base model. On the same front, we believe leather should be standard if the brand wants the respect it deserves. Moving on, other features include ten standard airbags, dual zone climate control, a heated steering wheel, a Bose sound system and a pushbotton engine start.

Mechanically, the engineers fitted the Verano with plenty of quiet-tuning systems to reduce the relatively high NVH levels that compact cars are known to have. These include patches of sound dampening material placed throughout the body structure, sound insulation material between rear-body components made of recycled denim, as well as tuning the exhaust note down a few levels. As for the aformentioned 2.4L four cylinder engine, GM claims that it will return 22 mpg in the city and 31 on the highway. Compared to today’s standards, those numbers are so 2005. However, all of the vehicles noise-and-vibration-reducing amenities do add some weight to the vehicle, so these numbers seem to be right on the money in that case. Expect GM to offer a boosted 2.0L ECOTEC engine sometime after the Verano’s launch — likely in 2012.

General Motors is still unofficial about the Verano’s price when it goes on sale later this year, but expect it to start around $20,900 when it arrives in the fourth quarter of this year out of the Orion Twp assembly plant.