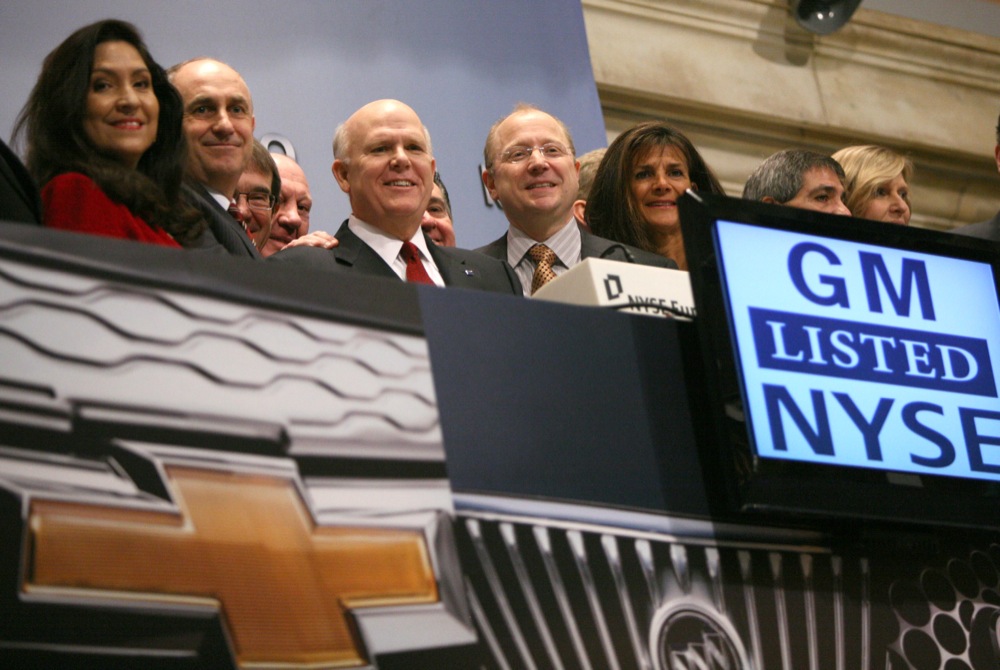 As an ardent General Motors enthusiast, I have to admit that it was difficult to bear the news of The General filing for bankruptcy protection during the summer of 2009. It was even more difficult to see GM shed four of its eight U.S. brands, three of which ended up in the automotive graveyard.

Truth be told, I wasn’t as concerned by the bankruptcy filings as much as I was by the fact that GM would be soldiering on with half as many brands. As an open GM enthusiast, I had to endure all kinds of anti-GM sentiment and commentary (founded and unfounded). Everything from “GM is probably the worst-managed company in history, why do you like them so much?” to “Are you kidding me? Not only would I never buy a GM product, I wouldn’t even consider one!”  You could only imagine my trepidation and general apprehension over being a fan of a company with this kind of public perception. Over the last year, however, GM has made some serious progress in the public opinion sphere.

One of the reasons for what began (in my opinion) a more welcome public perception of the “new” General Motors was its much-anticipated and very publicized Initial Public Offering that took place on November 18, 2010. But while the IPO was — for all intents and purposes — a success, it has a few controversial sides aside from the (all too) obvious “Government Motors” angle. Two of them, fact. What I would like to point out is that at least two percent of GM is currently owned by non-American investment groups, including Chinese automaker SAIC and Saudi Prince Walid bin Talal — each of them with a one percent stake in The General. I must admit, at first I didn’t know how to react when learning about these events. Now, fellow GM fans, should we be upset or — on the contrary — happy that this took place? Before you make a decision, let’s take a look under the hood and explore this topic in more details.

Needless to say, this is a very “sticky” situation. On one hand, we have GM’s critical IPO – which must be successful in the long run for the bailout to — at the very least — save its face from receiving yet another proverbial egg. For starters, foreign capital in the IPO did bring an increased level of stability to The General’s stock price. This is done by a simple matter of global finance and economics, coming down to asset diversification: if a financial crisis were to take place domestically in the U.S., foreign stock holders may not be impacted by that crisis (as much) — and thus will be less likely to sell off their ownership stake, which is what drives down the stock price.

However, the benefits of foreign investment can be held in close scrutiny — since the state of economic and financial development today is  globally intertwined, meaning that if a crisis occurs in the States, it’s much more likely to propagate to other economies across the globe. From that viewpoint, it seems that the global diversification benefit is not a benefit at all!

Downside: Tech Transfer, And Who The Hell Does SAIC Think It Is Anyway?

The taxes paid by the American and Canadian citizens were used to fund The General to the tune of $50 billion — without even so much as a say so on their end. So the question is, why support (and transfer) technology to a bottom-feeder Chinese auto company (SAIC) that has no technology of its own, makes utterly inferior products, and has nowhere near the technological, intangible, and human capital/sophistication of GM?

If you’re not familiar with SAIC, here’s the blunt explanation of the Shanghai-based firm: it holds little to no patents, makes atrocious automobiles made of little more than soda-can material, and competes at the bottom-end of the market with other low-end Chinese auto firms. The company’s finest contribution to automotive transportation is the Chevrolet Sail for crying out loud! So why should GM be partially owned by such a company, one that is most likely looking to gets its paws on some advanced GM technology? Needless to say, this is not the kind of technology transfer that’s desirable.

So is it just me or is there an enormous conflict of interest here?

Sure, SAIC paid $500 million for its one percent stake in the “new” GM. And yes, it’s The General’s partner in the rapidly-growing Chinese market, despite being essentially nothing but a leech to GM. So, are there long-term disadvantages at play here? I think so.

So what do you think? Was GM right to have sold at least two percent (of which we know) of itself to foreign investors? Why or why not? Talk to me in the comments below!