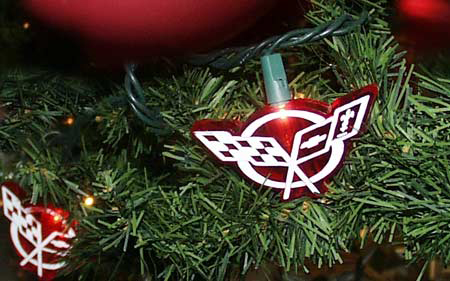 It’s that time of year again. The time of year where we (if you live in the northern states) brave the cold, the snow and angry mothers at the mall to please those in our lives we treasure. The Christmas spirit is in full swing. That being the case, I came up with my own Christmas “wish list” of sorts. A list of things I would like to see General Motors do in terms of product that would either make a deliberate statement or build on what seems to be each brand’s big idea.

Let’s assume the rumors of Buick and Cadillac eventually attaining RWD flagship sedans are true as well as the rumor of Buick getting a midsized Theta CUV and Chevy finally getting a Zeta-based sedan. That way I wouldn’t have to write another 500 words about how much I want them. And never mind this whole PC thing where it’s better to say “holiday” over “Christmas,” you scrooges. I celebrate Christmas, and it’s my Christmas wish list. So here goes…

I would very much like to hear that GM will begin developing a Ford F-150 SVT Raptor fighter using the Chevrolet Silverado for Christmas. It would make all of my dreams come true. They have great engines to use such as the 556 hp LSA and the 403 hp 6.2L Vortec that seem perfect for the job. They could go to a third party for its suspension kit if they have to, like Ford did with Fox Racing, and they could spruce up the exterior of the truck for a more aggressive appearance as well. Demand for Ford’s SVT Raptor is white hot, and the U.S. Government has even ordered fleets of them for Border Patrol officers to use when brushing the country’s rocky and sandy southern border. GM could easily steal some of Ford’s thunder and see an increase in sales with such a competitor.

A sporty, compact tuner sedan or hatchback that offers all-wheel-drive. Something like a Subaru Impreza WRX or a Ford Focus ST. My Gen. X and Y friends love these types, but because GM doesn’t produce such a car, they look elsewhere. It would make the perfect gift if it were to happen.

A Cadillac supercar. But make sure to tell GM that it can’t be some frilly, overpriced Corvette knockoff that the XLR was – but some sort of mid-engine beast that holds a six-figure price tag. Something that bests the jaw-dropping Audi R8. That – would make all of my dreams come true.

Actually, a Corvette-based Cadillac wouldn’t be such a bad idea if the Mercedes-Benz 550 SL is the target to best. Oh, and take the dormant Kappa II plans off the shelf and give Cadillac a BMW Z4/ Mercedes-Benz SLK fighter while giving Chevy a Mazda Miata/Porsche Cayman fighter. Please, Santa, do your best to make this happen.

Another wish that I hope you can persuade Cadillac to do: RWD crossovers. The FWD, Theta-based SRX hardly has anybody from Germany on their toes. Can you please tell GM to use the Sigma (or the upcoming and incredibly flexible Alpha platform) to churn out some proper BMW X3 and X5 fighters?

I also would love to see GM give the Corvette new seats that are worthy of traveling over 200 mph in and that can actually cushion a driver on track day. Seats like the stellar Recaros seen in the CTS and Regal GS – that wish was actually from a friend. It will make all of his dreams come true too.

I know this one might be difficult for you to convince the GM people to make, but I really want to see a Buick that features Chevy Volt technology. GM could give it a different and more luxurious interior than the Chevy Volt, as well as different sheetmetal. A price tag greater than $40,000 can be more easily justified that way and if GM is looking to expand Volt production to help thin out production costs – this is at least one good way while leapfrogging the Lexus HS in the process. It would give buyers the class of a Buick and would show they are making a statement for automotive progress. But please tell GM to leave the basic cloth seats out of this – and all other Buicks going forward. Thank you.

I also wish for the Opel Combo compact van to launch in North America – the success seen by the Ford Transit Connect is all the reasoning GM should need.

Please tell GM to resume development of the 4.5L Duramax. It would give the 2500 HD some sort of middle ground between the irrelevant 6.0L Vortec and the 6.6L LML Duramax – which for some may be just too powerful. It could also be implemented in the 1500 Silverado/Sierra, as well as the Suburban/Yukon. That would seriously make a lot of my truck friends’ dreams come true.

I hope that you read my wish list in time for Christmas and that nobody at GM scoffs at you when you relay to them my thoughts.