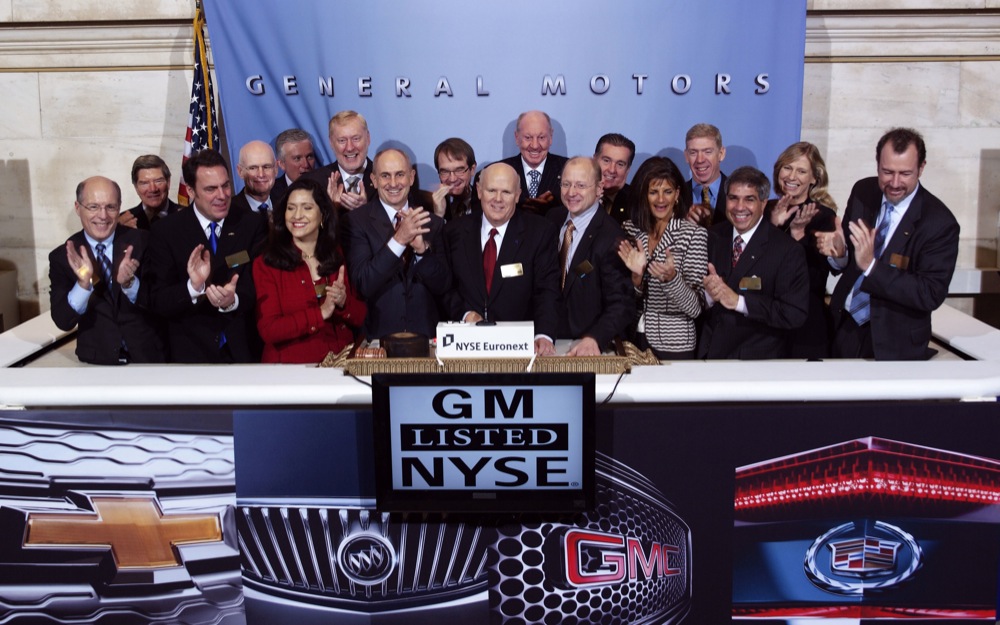 General Motors has confirmed the completion of a $2.1 billion repurchase of its 9 percent Series A Preferred Stock held by the U.S. Department of The Treasury. In total, GM bought 84 million shares from the Treasury at $25.50 per share – a 2 percent premium over the liquidation value.

The transaction, which was announced in October, brings GM’s total repayment to the Treasury to $23.1 billion – a sum that includes $13.5 billion generated by GM’s IPO last month, $6.7 billion in GM debt repayments, and $800 million from interest and dividends.

The Treasury has invested approximately $49.5 billion in GM, as our automaker of choice was steered through a government-sponsored bankruptcy in the summer of 2009. The deal reduces the government’s holdings in GM to nearly 500 million shares of common stock – close to a 33 percent ownership stake following the IPO.

At GM’s stock market price of $33.61 per share at market close on Thursday, the Treasury’s stake would be worth about $16.805 billion, meaning that – to break even – the Treasury would have to sell the remaining GM stock at $53 each – nearly a $20 (or 60 percent) jump from current prices.

The General plans to record a $700 million charge to net income attributable to common stockholders “for the difference between the purchase price and the recorded value of the Series A Preferred Stock under fresh-start accounting.” If you’ve a craving for some financial goodies straight from GM, be sure to hit up the press release below for more details.