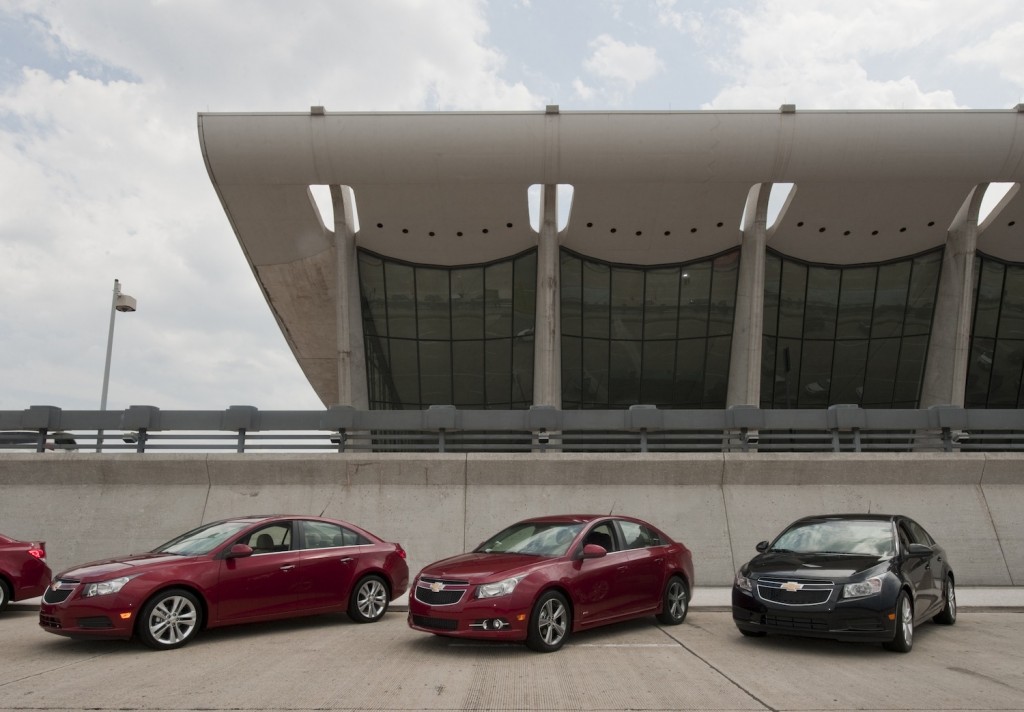 With all of the shifts hard at work assembling Chevrolet Cruzes (Cruzen?) at Lordstown,OH, you would think that Chevrolet dealers in the United States can’t keep their latest compact sedan in stock. As it turns out, it doesn’t seem to be the case.

Despite being the new kid on the block with the fanciest bells and whistles, the Chevrolet Cruze is trailing far behind the segment leaders in monthly sales. For instance, the Cruze only sold 8,066 vehicles last month while the Toyota Corolla and Honda Civic each managed to see over 16,000 sales in the same time frame. Yikes.

However, it should be noted that even though the sales volume is roughly half of its import brand rivals, the Cruze does have our seal of approval and we’re not sure why consumers even bother with anything else in the segment. The quality, refinement and technology we found in the Cruze we tested cannot be found anywhere else in its class — for now.

With the looming threat of the all-new Ford Focus, Hyundai Elantra as well as a new Civic coming early next year, General Motors has very limited time to connect with the masses that represent the compact market and show that the Cruze is currently the undisputed segment leader. So far, the Cruze has only managed to make 5 percent of the entire demographic’s wish list.