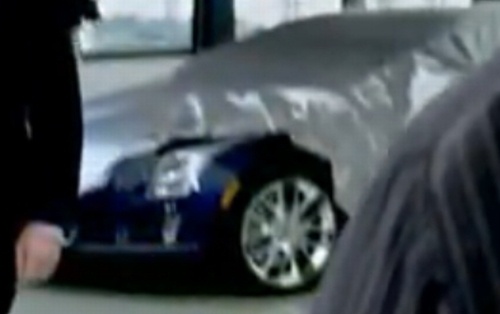 Whilst reading up on the latest issue of Motor Trend, something caught our eye. Apparently, The General’s upcoming RWD architecture, dubbed “Alpha,” is flexible enough to stretch beyond the length of a mid-sized next generation CTS, all the way to the length suitable to underpin the next generation Holden Statesman full-sized sedan.

If true, what this essentially means is that GM is capable of having just one platform capable of underpinning all RWD-based models globally – not just its future compact and mid sized models like the upcoming Cadillac ATS and next-gen. CTS. as once previously thought.

One platform. For all GM RWD cars.

This would in turn thin out development costs and therefore allow for the maximum profitability on each model. However, we still do not know for sure just how much GM is planning on implementing the Alpha platform beyond the ATS, next gen. CTS and the next. gen Camaro.

General Motors should maximize the implementation of the Alpha platform as much as possible because – if this rumor is indeed true- it is capable of replacing both the aging and heavy Sigma (Cadillac CTS/STS) and Zeta (Holden VE Series, Chevy Camaro) RWD platforms. Cadillac could in turn have a compact, mid-sized and full-sized sedan riding on the same platform, ready to lock horns with German performance sedans such as the BMW 3, 5 and 7 Series – while reducing costs associated with development and production. Therefore, The General could put its newly-saved money towards important things such as implementing more quality and refinement that will exceed expectations. Additionally, the Alpha platform’s ability to cradle 4, 6 and 8 cylinder engines further justifies the case, as it is capable of providing the appropriate powerplants for each segment.

What’s more, if the Alpha platform could be used for crossovers (as seen with the Sigma platform and the Gen. I Caddy SRX,) then that means The General could even have true BMW X3 and X5 rivals using that very same platform (in case you’re wondering, BMW follows this practice). That’s five vehicles right there, all riding on same platform, just for one brand, and all are examples of what Cadillac should have in its lineup if it wants to stand toe-to-toe with the likes of BMW, Mercedes-Benz, and Audi.

Of course, using the Alpha platform for Holden’s VE Series, from the frugal Calais to the full-sized and premium Statesman, seems like a no-brainer as well. That also means we could see an Alpha-based sedan wearing a Chevrolet badge, eventually replacing the current Chevy Zeta sedan in the works (with a secret name) that is based off the current Holden VE Series, and going along with the plans to have the Camaro eventually ride on the Alpha platform.

GM could also use a stretched Alpha platform to develop rumored a Lexus LS rival for Buick instead of the aging Zeta architecture.