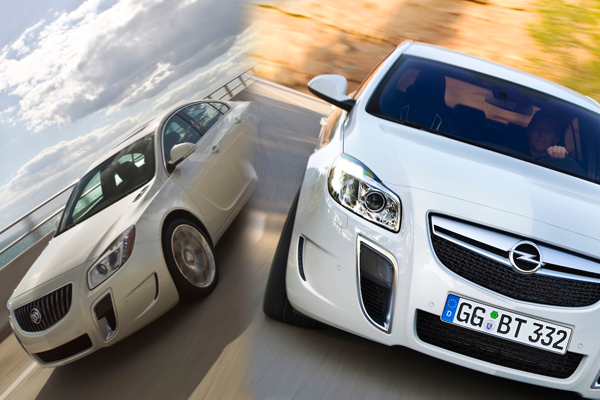 Just a few short hours ago, General Motors officially unveiled one of the most anticipated vehicles in Buick’s history – the Regal GS performance sedan.

Contrary to the expectations of many, The Regal GS is not powered by the same 2.8 liter turbo V6 found in the Insignia OPC, where it makes 320 hp and 321 lb.-ft. of torque. Instead, the GS is motivated by a smaller 2.0 liter ECOTEC four-banger good for 255 hp and 295 lb.-ft. of twist. To make matters worse, the GS doesn’t get the OPC’s all-wheel drive system, opting instead to put the power to the ground using only the front wheels. This has caused quite the controversy within the GM Authority ranks (as well as other automotive circles). After receiving more than a few tips from well-connected sources, here are the real reasons behind GM’s decisions.

According to sources, there are three major reasons for the powertrain and engine differences between the Insignia OPC and Regal GS:

As such, it appears that the advantages of a turbo V6 and AWD would have been outweighed by the very disadvantages of such a setup. But we’re glad those totally sick wheels made it all the way to production!

What do you think? Sound off in the comments below and be sure to check our our live coverage of the Regal GS in Miami, FL.