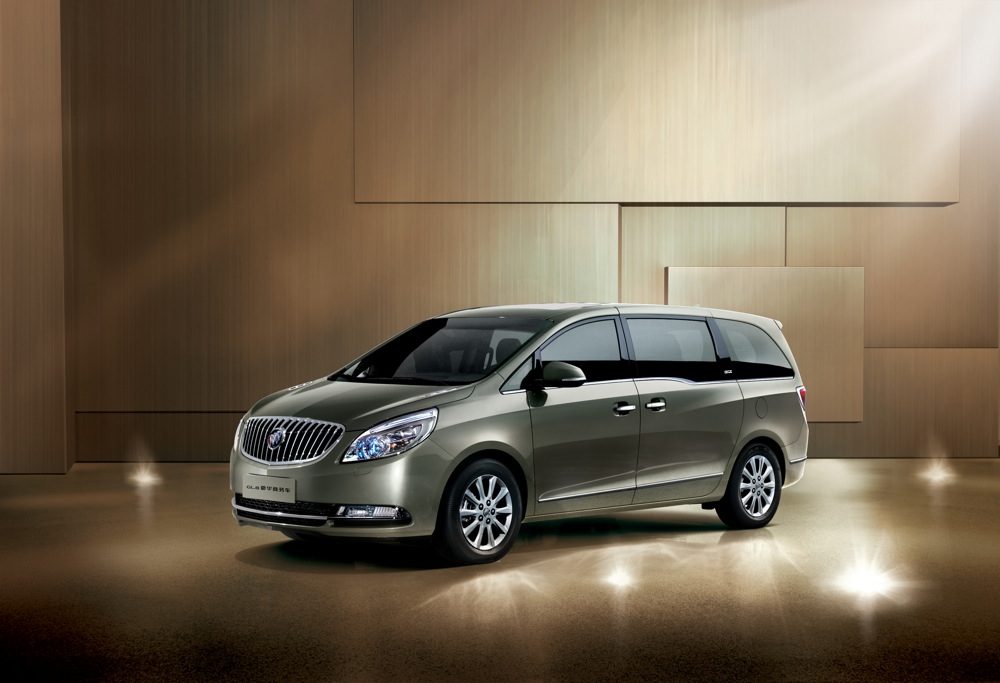 Buick has just pulled the wraps off the all-new GL8 in Shanghai, a vehicle it describes as a “luxury MPV.” Sure, it may not be the typical family-haulin’ minivan, but this people-mover exclusive to the Chinese market certainly tickles our interest.

The new GL8 “executive wagon” builds on the legacy of the outgoing model (by the same name name), which made its Chinese debut in 1999 and has since then sold more than 330,000 units across China. The 2011 model was developed by Shanghai GM in cooperation with Pan Asia Technical Automotive Center (PATAC) in Shanghai and improves upon the model it replaces.

Outside, the Buick design language that made its world debut on the 2010 LaCrosse is present and accounted for, including the double sweep spear running from the front to the back, decorative metal bands that accentuate the profile, the Tri-Shield brand’s trademark waterfall grille, and — perhaps unfortunately — chrome portholes on top of the hood.

Inside, the luxury MPV features three rows of seating and a 360-degree wraparound design that — according to Buick – was inspired by luxury yachts. The two-tone ergonomic leather seats and two-piece panorama sunroof are complemented by ice-blue ambient lighting. An electric sliding door with anti-pinch, one-touch electric lift rear door, 10-speaker 5.1 channel Bose sound system, 7-inch touch screen in the front and a 10.2-inch WVGA HD display in the back, as well as OnStar’s benevolent presence round out the electronic gizmos, with the road ahead being illuminated by a set of powerful (and multi-dimensional) Bi-Xenon headlights while the rear is outlined by crystal-like Chrome LED taillights.

Buick will offer two familiar engines from GM’s modern powertrain family in the new GL8 — the 3.0 liter V6 (LF1) and the 2.4-liter ECOTEC (LAF) four-banger. Both engines feature direct injection technology and are mated to a six-speed automatic transmission. From what we could gather, the GL8 still utilizes the U-Body platform used by the long-gone Chevy Uplander, Buick Terraza, and Saturn Relay. The new GL8’s mechanicals bits, however, have been upgraded — although we couldn’t get much more than that from our sources.

The new van luxury MPV will be available in January 2011 and will retail for between 288,000 RMB ($43,676) and 388,000 RMB ($58,841) and we have no doubt that it will be a raging success for Buick in China. The real question, however, is whether The General should consider bringing this car to the United States to essentially create the luxury minivan market. What do you think? Sound off in the comments below.