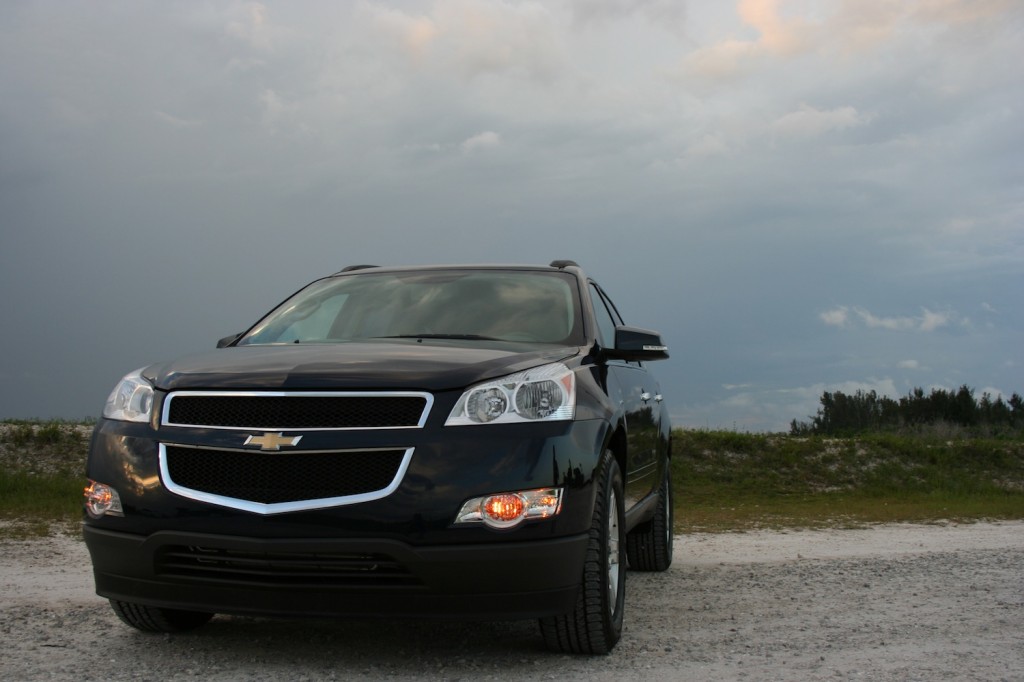 We here at GM Authority openly love General Motors cars, trucks, and SUVs. However, we are usually the first to point out those General Motors products that need improvement as well. Don’t believe us? Just listen to any one of our Weekly or Debate podcasts.

Today, the GM vehicles in question include all current Lambda-based crossovers, including the Chevrolet Traverse, GMC Acadia, and Buick Enclave – and the specific complaint surrounds the front passenger’s seat of these full size CUVs.

You see, the passenger’s seat in Lambda products is only adjustable in six different ways, which means that height adjustment is not available. Not only that, but no current trim level on any Lambda crossovers offers anything greater than 4-way electronic adjustment. Not even the $43,220 GMC Acadia Denali.

This is a very popular complaint about Lambda crossovers voiced by customers to dealers, GM, as well as to GM Authority (just check out the comments on this article). Most of these letters, submitted on our contact page, praise the Lambda-based vehicles for driving, comfort, and capability, but then go on to state that the lack of an eight-way front passenger seat is downright uncomfortable and annoying.

This seems like a no-brainer to us. The least expensive Lambda vehicle, the Chevrolet Traverse, starts at just under $30,000. Now I’m not sure about you, but that’s a price point at which I would expect eight-way power adjustable front seats to be standard equipment. And that’s not even taking into account higher-priced Lambda-based vehicles such as the GMC Acadia or Buick Enclave. The lack of an eight-way passenger’s seat gets very embarrassing in the $43,000+ GMC Acadia Denali.

And while an adjustable seat height may seem trivial to some, it’s one of those things that shouldn’t go unnoticed under the New GM. And it goes without saying that the more adjustable a seat is, the more comfortable it feels, with height adjustment being especially noticeable to those who aren’t as tall as others.

What’s more, we’re not even sure that the upcoming Lambda-based Cadillac model will even have eight-way power adjustable seats for both the driver and the front passenger. And we’re not sure why The General does not equip the Buick Enclave with the seat height adjustment  – seeing that the Tri-Shield seems to be desperately aiming to get a foothold in the luxury market.

Having said that, I think it’s clear that GM should add eight-way power adjustable passenger’s seats to every new Lambda vehicle. The only argument against doing so is increased cost, and that pretty much dissipates due to economies of scale: since all Lambda products are built at the same plant (in Delta Lansing Township), The General can spread the added cost of adding the height adjustment motor across all Lambda crossovers, capitalizing on humongous economies of scale. At the end of the day, The General should take care of this as soon as possible. And we’re not talking about the next generation model, but rather a rolling update to today’s vehicles (after the necessary testing and planning, of course). For as much as they cost, an eight-way passenger seat is nothing else but mandatory.

Do you agree? Voice your comments below – and after you’re all finished commenting, be sure to sit back and enjoy a thorough review of the Lambda-based Chevrolet Traverse here.