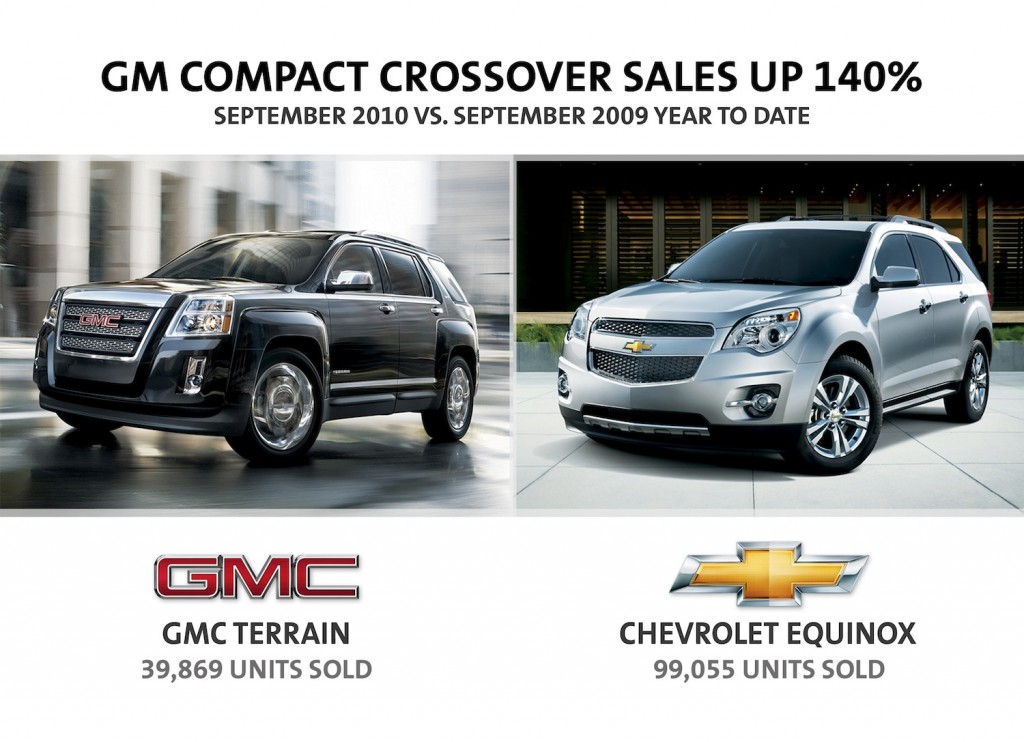 Each brand saw a sales increase of more than 11 percent, with GMC posting the highest jump with a 41.6 percent year-over-year increase. The jump was fueled by a 258 percent spike in sales of the Terrain, a 62 percent increase in the Acadia, and a 53 percent spike in sales of the Sierra. Buick sales were up 36.2 percent, Cadillac was up 11.3 percent, and Chevrolet sales were 18.5 percent higher. Of note, sales of the Chevrolet Silverado rose 66 percent – a shift widely seen as a precursor to an improving economy due to sales to contractors and other small business owners feeling more confident about the economy.

The General pointed out that it made a quick model year transition, with 53 percent of September sales being comprised of 2011 model year vehicles compared to only 27 percent in September of 2009. Additionally, dealer stock at the end of the month included 75 percent new vehicle models compared to 30 percent last year. The high share of 2011 model year vehicles helped lower overall selling costs due to the decreased amount of incentives for older vehicles.

For those concerned about GM’s ability to recapture owners of discontinued vehicles (Pontiac, Saturn, Hummer), here’s a condoling fact: The General reported a 79,948 unit increase in sales of its four core brands last month compared to September 2009. GM’s brands have increased retail sales by 15 percent through September and have gained market share in each of the first nine months of 2010.

About a quarter of GM’s sales in September went to rental companies, government, or coporate fleets – a figure that’s down slightly from recent months. Average transaction price dropped to approximately $31,600 from $32,000 a year earlier. According to Don Johnson, GM VP of Sales Operations, this can be attributed to the fact that September 2009 was the first month after cash for clunkers, which stimulated demand for smaller and less expensive cars. As such, the first month after the government-funded program ended saw a rise in higher-priced cars.

Stay tuned for our world-famous By-The-Numbers segment, where we give you a model-by-model breakdown of The General’s sales.