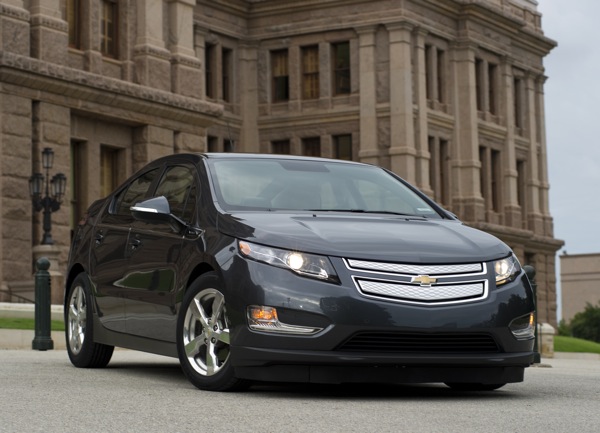 29 months since the concept spun on the podium during the 2007 Detroit Auto Show, General Motors has finally revealed all the engineering mysteries of the Chevrolet Volt to the World, marking one of the latest milestones in the 103-year history of General Motors. Today, with the future of the automobile facing the possibility of a paradigm shift in regards to powertrain and usability – the Chevrolet Volt is a pioneer.

With a net-price of $33,500 – the Chevy Volt is more than just a novelty. It’s difficult to imagine a car within the past year of the entire automotive industry that was more closely watched or more rigorously tested. Yet despite all of the troubleshooting, evaluating and promoting – General Motors was only able to spawn a car that seats up to four, reaches a top speed of 100 mph, and is front-wheel-drive only. In that sense, the Volt seems fairly dime-a-dozen. However, what General Motors managed to do here is offer familiarity to the consumer while pushing the engineering envelope under the hood (and under the car).

As everyone should know by now, the propulsion of the Chevy Volt greatly depends on its 5.5 ft, 435 lb. 16 kWh lithium-ion battery, with an 1.4L 84-hp engine generator assisting when needed. Through the battery alone, the Volt is capable of an all-electric range of 25-50 miles – depending on many variables, including battery age, terrain, speed, driving habits and temperature. When the battery is depleted of its energy, the Volt’s gasoline-powered engine (requiring premium fuel) is capable of up to an additional 310 miles of range using only a nine-gallon gas tank.

With the offering of both an electric motor and a gasoline engine, the Volt’s powerplant enables drivers to travel as far as they want, evading the issue of “range anxiety” (unlike the Nissan Leaf). Furthermore, the low-speed torque of 273 lb.-ft. yields a 0-60 time of under nine seconds – much quicker than the likes of a Toyota Prius plug-in hybrid. And let’s not forget to mention that the car looks absolutely great.

Sure, for most the price tag seems around $10,000 too steep for a commuter car – but then again – that’s not the point. And as is the case with all technology: better efficiency at a lower price are on the way. For those looking to have one in the driveway, expect the Volt’s arrival in dealerships any week now. For more information, have a look at the presser below and stay tuned to GM Authority for a full-out evaluation of one of the most revolutionary products in the history of General Motors.