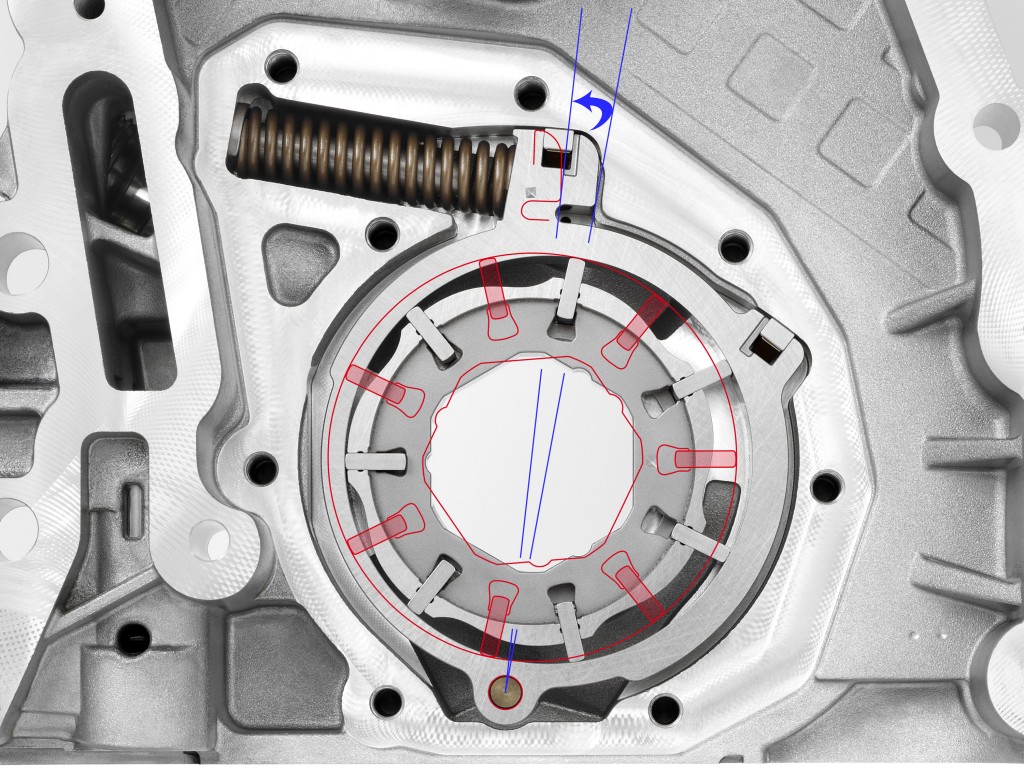 The engineers over at General Motors went through the painstaking efforts to maximize fuel efficiency in the new Chevrolet Cruze. Needless to say, fuel economy is of utmost importance to most buyers of mainstream vehicles these days, especially drivers of smaller vehicles such as the Cruze and its various competitors, including – among others – the Toyota Corolla and Honda Civic. To beat the competition on the efficiency front, Chevrolet engineers implemented many fuel-saving techniques, one of which is a variable displacement oil pump.

This special oil pump, standard on all 1.4 liter turbo models, is capable of varying the amount of oil delivered to the engine based on the engine’s RPM, allowing the four-cylinder ECOTEC powerplant to work less, leading to reduced fuel consumption. The pump’s displacement, which is lowered during engine warm-up and high speed conditions, varies “through a pivoting control chamber mechanism and sliding vanes,” according to GM. Normal pumps with standard displacement would bypass the leftover oil internally.

Reducing the amount of oil in the engine reduces the amount of torque the engine needs to pump the oil. At the same time, oil needed for lubrication is not removed from the engine. The assistant chief engineer for the 1.4L engine, Mike Katerberg, also explained that this is a “simple, durable, and maintenance-free design” that GM has been using for years in transmissions. Most recently, this has become popular in hybrid vehicles, making it an interesting example of valuable tech filtering down to non-hybrid vehicles with the purpose of improving efficiency.

This 1.4L turbocharged engine (carrying the production code LUJ), standard in Cruze Eco, LT, and LTZ models, is one of the many reasons the Cruze Eco achieves a class-leading 40 MPG highway when paired with a 6-speed automatic transmission. Other technologies such as variable valve timing (VVT), which varies oil pressure, further enhance the special oil pump’s benefits. VVT improves performance, efficiency, and emissions by changing when the oil valves open and close while also improving torque at lower RPM.

The Cruze is already on dealer lots and has a starting price of $16,994 (including destination). It offers more interior room, more MPG in the Eco model, and more standard safety features than any other vehicle in its compact-car class. Be sure to read our review of the Cruze right here.