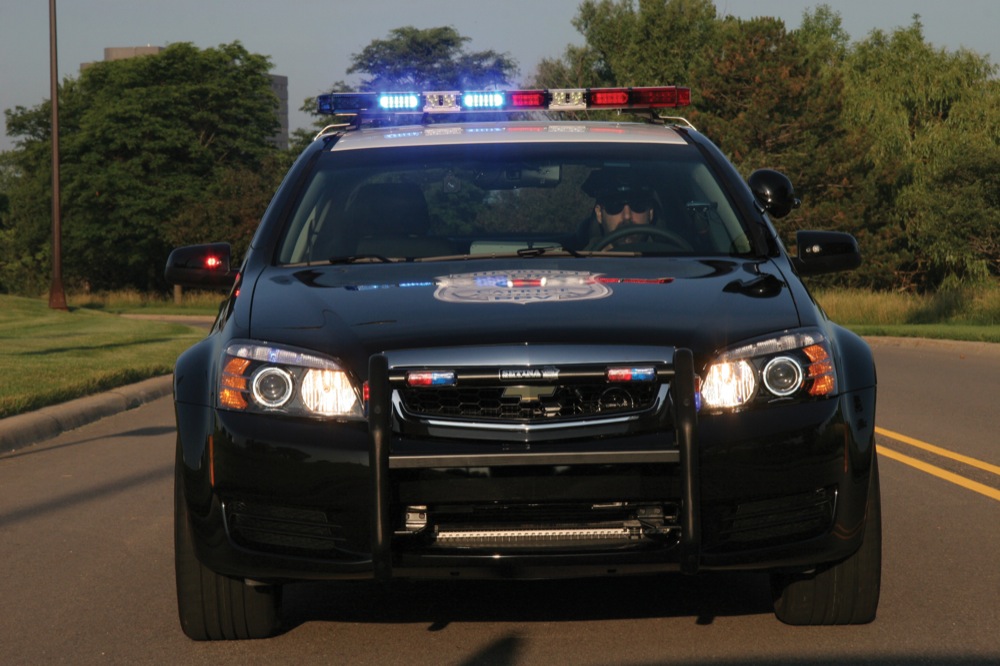 The Michigan State Police have released their preliminary results from their vehicle evaluation just last month. And the results are very close indeed…

The General’s quickest contender, the Chevrolet Caprice PPV 9C1 E85 with a 6.0L V8 engine, recorded the fastest numbers in the group in sprints from 0-60 at 6.15 seconds and 0-100 mph at 14.58 seconds. Flat out, the Caprice recorded an impressive top speed of 148 mph. It’s top rival, the Dodge Charger equipped with the 5.7L HEMI V8 engine recorded a 0-60 time of 6.24 secs. and 0-100 time of 14.99 secs. a top speed of 146 mph. While the Caprice didn’t blow the doors off of the runner up, the win should gain the favor of several precincts. However, straight line speed isn’t the only win of the day in Chevy’s column.

The Caprice also ousted the Charger in handling, posting a time average of 1:37.02 in the Vehicle Dynamics Test, while the Charger scooted by with a time of 1:38.47. The braking test put the Caprice on top of the Charger as well, with a stopping distance of 128.3 ft. to the Charger’s 133.9 ft.

The times are impressive for both models, but how did the stalwart police car, the Ford Crown Victoria Police Interceptor manage in the test? Not so well, actually. Against the newer players, it posted much slower acceleration times, a top speed of 129 MPH, and a course time of 01:41.18. The Crown Vic also needed the longest stopping distance with 141.6 ft.

So what does this mean for General Motors and the police? Well it means police departments should have an easier decision when deciding what their next police car will be. But though the Caprice edged the Charger in performance stats, other deciding factors include the ergonomics, features, and the price tag. Either way, police departments must be happy they have such awesome choices when they shop for their next squad car.