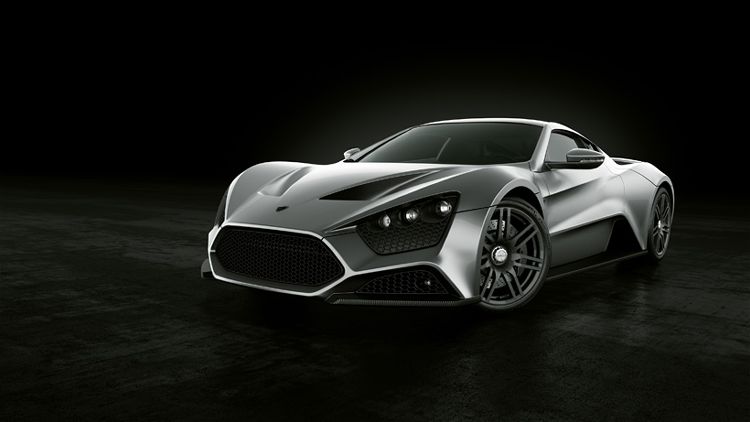 In case you needed more proof that General Motors makes some of the best V8 engines around, look no further than the likes of Zenvo Automotive. Zenvo is quickly gaining a lot of attention in the enthusiast community by being Denmark’s first-ever supercar company, as well as introducing its first ever vehicle, the monstrous ST1 (pictured above). Underneath the absolutely gorgeous sheet metal of this behemoth rests the 7.0L LS7 V8 engine- the very same as the Corvette Z06. In this application, the potential of the LS7 is truly unleashed.

The LS7, as featured in the Corvette Z06, is not just supercharged, or turbocharged. But twin-charged, meaning that both a supercharger and a turbocharger are present. Thanks to this over-the-top setup, the motor achieves an astronomical output of 1,104 horsepower and 1,050 lbs.-ft. of torque and is mated to the Corvette’s six-speed manual transmission. That’s more than exotics such as the Koenigsegg Agera, Pagani Zonda, and even the all-mighty Bugatti Veyron SS. That insane power is then transferred to the back wheels, where the ST1 catapults from 0-60 mph in under three seconds, and then continues to catapult the piece of artwork all the way up to an electronically limited 233 mph.

It is believed that the engineers had to put a limit on the cars velocity for fear it would actually rip a hole in the space-time continuum. The sharp looks alone seem to want to slice into another dimension as well.  The entire shell is carbon fiber, helping the ST1 keep its weight to a minimal 3,033 lbs. Journey inside, and the interior is stitched almost completely in black leather, with an oversized shift knob in the center. It just might be that this car is in fact the undiluted essence of fierce.

The Zenvo ST1 also seems like something Tony Stark would drive. That is if he can actually afford it, as the Zenvo ST1 commands a 7-figure price of $1,225,000.  It is also incredibly exclusive, as only 15 examples of the ST1 will be built per year, and can only be attained in America through Red Sea Distribution.

While this news isn’t exactly very relevant to the General Motors realm, we knew that the Corvette die-hards out there would enjoy news like this. And while we may never get a chance to even see the Zenvo ST1  in person, we at least hope the crew at Top Gear gets a shot and proceeds to make obnoxious metaphors about it.