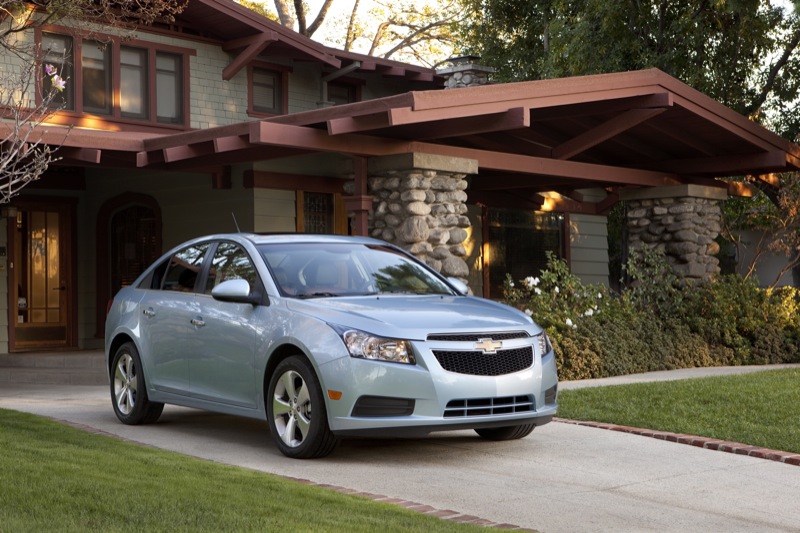 General Motors is vehemently gearing up for the late September launch of the Chevrolet Cruze and, in preparing for the uber-important event, is encouraging its 3,000 Chevrolet dealers to purchase competitive vehicles for head-to-head comparisons.

According to Chevrolet small car director Margaret Brooks, the goal is to give buyers the ability to immediately measure the Cruze against segment leaders such as the Toyota Corolla and Honda Civic.

The comparison, part of GM’s May The Best Car Win philosophy and marketing campaign, is reminiscent of the Test Drive Studio initiative established by The General earlier in the year. At this point, it is unclear how the two efforts will coexist, if at all.

What’s more, Chevrolet is planning for a major advertising and marketing blitz for the Cruze, details of which will be available shortly. Chevrolet didn’t comment on the size and budget of the campaign.

Already on sale in 60 countries all over the world, the Cruze is GM’s first truly global vehicle that was engineered from the ground up to be built and sold all over the world. It features more shoulder room than both the Corolla and Civic and has a truly awesome exterior coupled with a modern and practical interior.

While the Cruze has yet to undergo U.S. crash test ratings, the Delta II-based Chevy was awarded top honors in European front- and side-crash test ratings. It contains ten airbags and The General even went the extra mile to include sound-deadening glass – a feature that’s unheard of in the mainstream compact segment. With all that in mind – the Cruze will be available in the regular Chevrolet trim levels as well as two special models – the RS and Eco. It starts at a mere $16,995 in the U.S. – including destination. What more do you need (or want)?

And for those who have not yet seen the upcoming Cruze hatchback, things will only get better for the Cruze line!