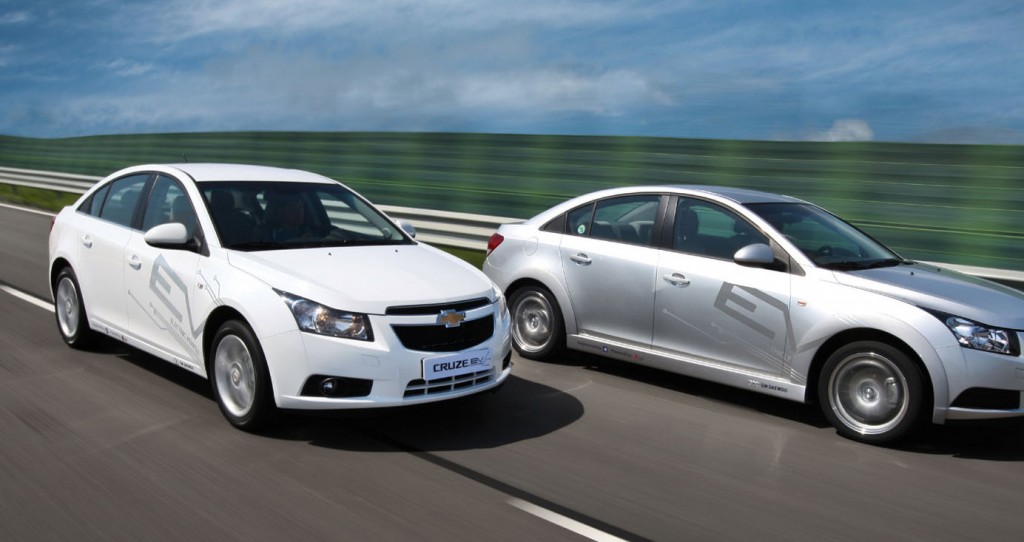 Chevrolet has announced a demonstration project meant to “explore market needs and customer acceptance of battery electric vehicles.” As part of the project, the bow tie brand will launch a fleet of electric vehicles (EVs) based on the highly-acclaimed Chevy Cruze sedan.

The fleet, which will consist of Chevrolet Cruzes and Daewoo Lacetti Premieres (Chevrolet doesn’t really exist in Korea), will begin testing by the end of October in Seoul, the capitol of South Korea. The demo fleets will launch in other urban markets later this year.

When it comes to EVs, the most prominent areas of conversation are range and charging time. The demonstration Cruze has a range of 160 km (100 miles) and can be recharged on a standard household 220-volt outlet in 8-10 hours. As part of the demonstration fleet process, GM hopes to test a “quick charge” application that would significantly reduce charging times.

GM was quick to point out that while most EVs house their battery packs in the trunk, the battery pack of the electric Cruze is mounted on the underbody of the vehicle, giving the demonstration units the same trunk space as conventional (read: gasoline-powered) Cruze sedans. This proves the flexibility of the Delta II platform, which is shared with the Volt.

Surprised? Well, you shouldn’t be. An electric version of the Cruze was a long way coming – and it’s finally starting to show its head. Is this vehicle going to be available for mainstream public consumption? We think so. When? Well, let’s get to that in a second.

First, we should answer how the supposed production version of this very Cruze EV would slot in with the Chevy Volt. Our answer? In the same way the Toyota Camry Hybrid complements the Toyota Prius. And while the Volt isn’t a pure electric vehicle, the eventual progression is most likely towards total electrification.

Obviously, the electricity-powered Cruze won’t go on sale tomorrow or next year, but we predict that it will be here in the near future, giving GM the ability to compete with pure EVs like the Leaf and Focus EV, while giving those who desire an extended range the ability to opt for the Volt. So the ultimate question now becomes, when will the electric Cruze be ready for production?

Only time will tell…