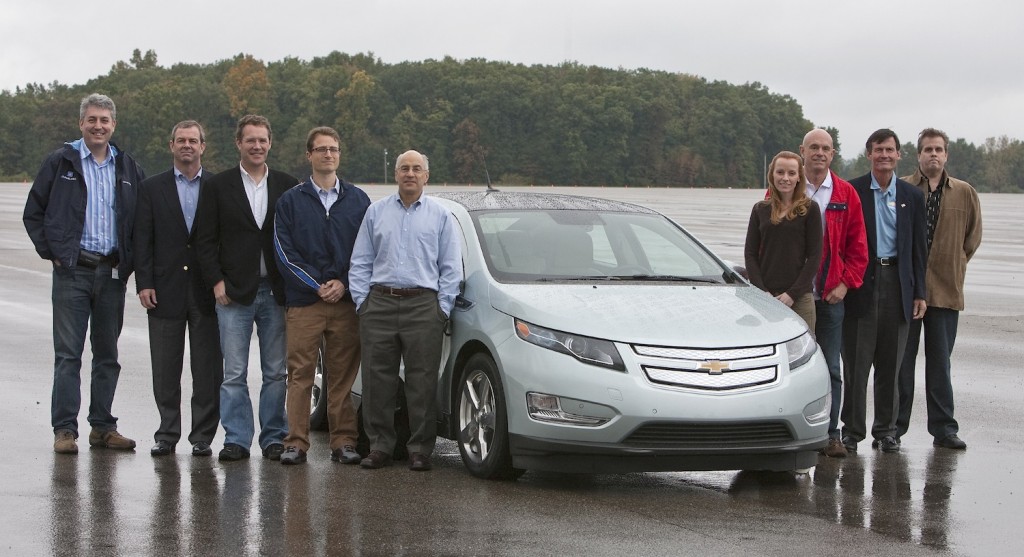 The first Chevrolet Volts destined for daily use by the general population will hit the road within the next month. Beginning in late October, a select group of 15 individuals, the names of which can be found in the press release below, will each receive a pre-prodution Volt to form the Volt Consumer Advisory Board. The board is an extension of the employee test fleet program and is one of the final steps in preparation for public launch, which is still scheduled for November 2010.

To qualify for the advisory board, the 15 participants hail from different backgrounds with a common interest in electric vehicles. Many are involved in the electricity industry or environmental organizations while others are dedicated enthusiasts of electric cars. Celebrity scientist Bill Nye is among participants. According to Volt Marketing Director Tony DiSalle one purpose is to “know their thoughts, impressions and perceptions.”

To provide feedback, the 15 advisers will receive a no-cost installation of the 240-volt charging station necessary to charge the Volt. Chevrolet will also train the advisers about the vehicle and provide a home electricity evaluation. A Volt Customer Relations Manager will be made available to participants for service or any questions they may have, enabling the advisers to assist Chevrolet in fine-tuning the charging and driving experiences. The participants, who will keep vehicles into January for approximately three months of testing, will also provide Chevrolet with a better impression of real-world ownership experience.

Last Tuesday, nine of the 15 advisers were invited to drive the Volt around the Black Lake circuit at GM’s Milford proving tracks. Chelsea Sexton, who worked for GM on the EV1 project in the 1990s, walked away impressed: she thought the Volt was “a really nice car, the best of both worlds.” She was featured in the documentary “Who Killed the Electric Car?”

The pool of 15 advisers was chosen from the launch markets of California, New York, Michigan, Connecticut, Texas, New Jersey and Washington D.C. When the Volt finally becomes available to the public, it will have a starting price of $41,000 dollars including $720 destination but before the $7,500 tax credit. Consumers can also choose from a 36 month lease at $350/month with $2,500 down payment, including applicable tax credits.