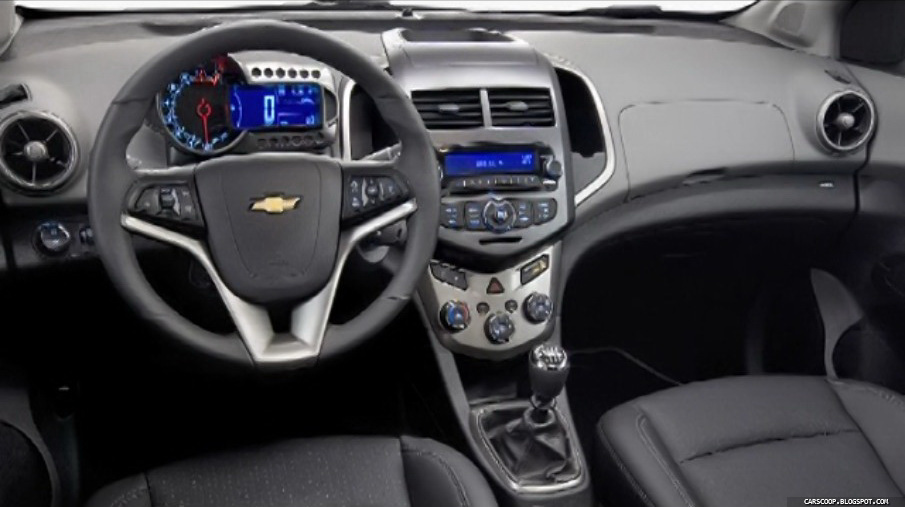 It wasn’t even two weeks that Chevrolet uncloacked the production version of the all-new 2012 Aveo. At that time, however, the bow tie brand only showed us a few studio shots of the exterior – leaving the interior of the new Gamma II-based subcompact to our imagination. As such, it goes without saying that we’re really excited to finally see a few photos of the car’s cabin – thanks to a promotional video of which the folks over at CarScoop have taken snapshots.

Unlike the Aveo RS concept shown at the Detroit Auto Show, the production version does away with the luxurious appointments and leather decor. Other than that, the interior remains pretty much unchanged, featuring Chevy’s signature dual-cockpit wrap-around dash,  a motorcycle-inspired instrument cluster, analog tachometer, as well as a digital speedometer and warning lights.

According to Chevrolet, the Aveo interior will be made up of “high quality” materials and will be equipped with an audio system (the brand of which is currently unknown), USB port, auxiliary jack, and Bluetooth connectivity (that’s right, Bluetooth in an Aveo).

The tiny hatch will premier at the Paris Motor Show at the end of September, along with the a concept version of the Cruze hatch, production version of the Chevrolet Orlando, and a revised Captiva. We expect the sedan variant of the Aveo to follow shortly thereafter.

The Aveo is due in showrooms across the world sometime in 2011 as a 2012 model year vehicle. More information about the all-new Aveo can be found here.