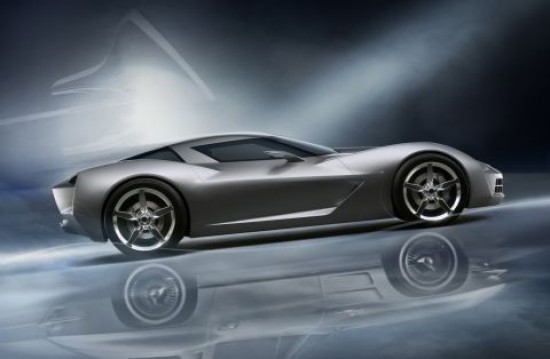 The source? A senior engineer at Saab, who apparently said that Saab engineers worked on a double-clutch transmission capable of handling up to 590 lbs.-ft. of torque that was destined for a mid-engine Corvette. Reportedly, GM finished the mid-engine concept but it became an unfortunate victim of last year’s carmageddon.

Speaking at the Center for Automotive Research management Briefing Seminars, GM CEO Ed Whictacre had the following to say about the new Corvette:

It “looks quite different. It’s totally redesigned inside and out.”

Other C7-related rumors include extensive use of aluminium to make the ‘Vette lighter and more compact, as well as downsizing to a turbo-charged V6. We’ll see where this goes… in the mean time, check out the most recent (official) word about the C7 right here, courtesy of chief Corvette engineer Tadge Juechter.

How long have we been hearing about this? Seriously, it seems that the Corvette has been on track in becoming a mid-engine car for the last thirty years. Possibly more!

This rumor has now become somewhat of an urban legend in the automotive community. Whenever GM was hard at work on the next-generation of the legendary Chevrolet super car, someone would slip the publications something along the lines of, “oh we may be working on a midengine Corvette.” But when push came to shove, we ended up with a good-ol’ front engine ‘Vette.

So, will the C7 become the first mid-engine Corvette? Probably not. However, if the source is correct and GM was indeed working on a mid-engine ‘Vette, what we may have here might be the oft-rumored second model in the Corvette lineup… or the C8.

Oh, and does anyone else find it rather ironic that an engineer from Saab – that’s right – the same company GM almost killed less than a year ago – is leaking this kind of info?