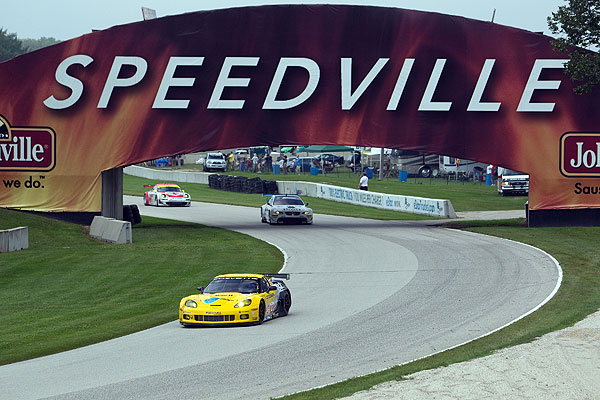 It was a perfect day for racing at the Road America speedway in Wisconsin. The Corvette Racing team had once again taken to the track, tanks full of E85 fuel, ready to blow the race wide open out of the gate. But after four full-course cautions and restarts throughout the race, the team’s fortunes began to fade. Despite the clear sky and dry asphalt, the team struggled.

It was evident that both Corvette Racing cars were not as cooperative as they could have been, as both pairs of drivers worked hard to find traction early on. Even more puzzling was the decision – made during a green-flag caution stop – to not swap the worn tires for fresh ones.

“The early part was a lot of fun, but after we filled it with fuel and didn’t take new tires, it was tough from that point on,” claimed driver Johnny O’Connell.

The duo of Jan Magnussen and Johny O’Connell manned the No.3 Compuware Corvette C6R, which was seated in second place only to the No. 4 Compuware Corvette C6R machine thanks to top finishes at the time trials just a day ago. When Magnussen switched with O’Connell, they were as far back as seventh place in the GT class before grinding back to the third spot, passing Gianmaria Bruni and the No. 62 Ferrari 430 GT in the closing minutes of the race.

The No.4 Compuware C6R, driven by Oliver Gavin and Olivier Beretta, was as far back as eleventh place with just an hour left before finishing in third,  just under five seconds behind the winning No. 90 BMW M3 GT, piloted by drivers Dirk Mueller and Joey Hand. The No. 4 ‘Vette was also hot on the tail of Patrick Long and the Porsche 911 GT3 RSR. 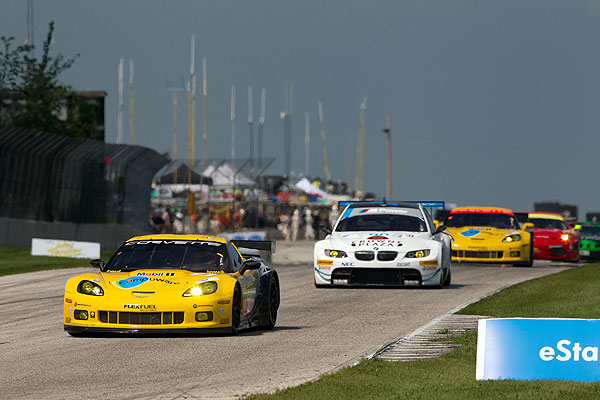 Gavin, who drove the No.4 car during the final hour of the race, pointed out that the amount of energy used to catch back up to a podium position was exhausting for both the car and driver, but still seemed to be pleased with the end result:

“At the end we didn’t have quite enough to take on (runner-up) Patrick Long or catch the BMW – it seemed like we used everything up trying to get to the front from the back of the pack. We had a huge amount of ground to gain, and we certainly made up a lot of it.”

The Corvette Racing team has not had a win all season, but hopefully they will pull through during this Sunday’s Grand Prix of Mosport at Mosport International Raceway in Bowmanville, Ontario, Canada – presented by Mobil 1. Viewers can watch the race unfold on the Speed Channel between 4 – 7 p.m. ET, as well as listen to a broadcast on XM Channel 242/Sirius Channel 127 and American Le Mans Radio. 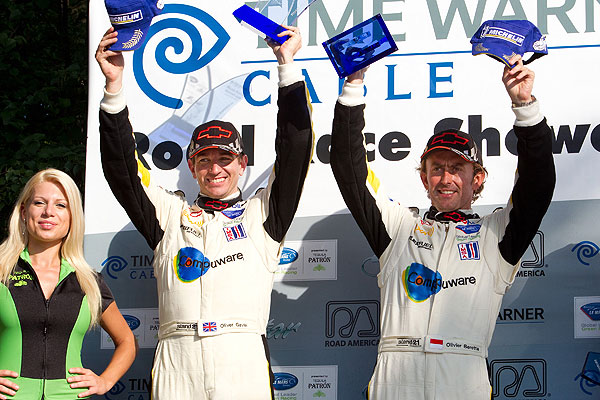